Raidho Acoustics’ loudspeakers push the boundaries of what is expected from hifi sound. Both the aesthetics and the sound of these exceptional speakers are meant to “wow” their listeners. For years, Raidho and Nordost have worked alongside each other at hifi shows around the world in order to produce award-winning sound, and show music lovers what genuine music reproduction can be. Now, that synergy is being taken to a new level! All of Raidho’s X/XT, C, and TD-Series speakers are made with Nordost’s Micro Mono-Filament Internal Wiring. In addition, all TD-Series loudspeakers have the option of being upgraded by wiring these models with our Dual Mono-Filament wiring.

"We have collaborated with Nordost on numerous occasions, and when we were looking to optimize our new speakers even more, it was only natural for us to look further into strengthening that relationship.

We have auditioned numerous cables from a lot of other great manufacturers of cables in the process, and it all came out to Nordost being the optimal choice in our design. We wanted a presentation that was as open and transparent as possible without any compromise on dynamics or musicality, and we were impressed with the results we achieved.   "

Marc Urselli is a 5-time nominated, 3-time Grammy Award winning sound engineer/producer based in New York City. Marc Urselli is a freelancer who works at many studios across the world, but, when he is in New York, he operates primarily out of EastSide Sound studios, one of the oldest recording studios in the city, established in 1972 by Lou Holtzman and run today by Fran Cathcart. Marc has recorded and/or mixed a wide array of prominent artists including U2, the Foo Fighters, Lou Reed, Mike Patton, Nick Cave, Laurie Anderson, Sting, Eric Clapton, Jeff Beck, John Patitucci, Jack DeJohnette, Esperanza Spalding, Keith Richards, Buddy Guy, John Zorn and many others. 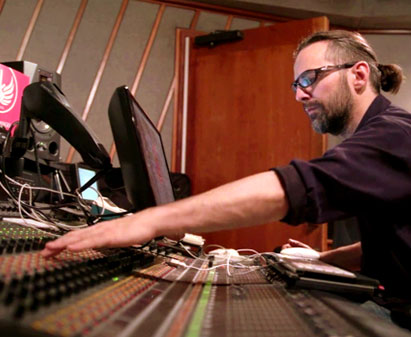 "I was introduced to Nordost in 2017 through Newvelle Records, a high fidelity vinyl only record label for which I record and mix every album. I was initially skeptical about the fact that an audio cable might be able to make more than just a subtle difference in sound. When I got to test these cables I was blown away by how big the difference actually was. It wasn't just a subtle thing that only an audio engineer or an audiophile would hear, but a clear improvement in the overall frequency response of the signal that EVERYONE can hear! Sound comes through without restriction, in its full, bold, rich and wide original state! More low end, more high end and more of EVERYTHING! I am not impressed easily but I was impressed that I could be that impressed! I now use Nordost cables at EastSide Sound for all of my projects.  "

YG Acoustics™ is an American-made, ultra-high-end speaker manufacturer. Thanks to their technological advancements, value, and top-notch craftsmanship, YG has become one of the most prominent names in the hifi industry. YG Acoustics™ is one of the few manufacturers to produce their own drivers, cabinets, and most of the other high-precision parts in house, in order to ensure the ultimate performance of their designs. As part of their commitment to producing the most life-like sound for their customers, YG has included Nordost as an approved option for the internal wiring of all YG Acoustics speaker models.

" Many thanks to our colleagues at Nordost for their partnership in presenting this all Nordost wired system, from cartridge to YG Sonja 2.3 crossovers and drivers, at Rocky Mountain Audiofest 2019. This simply stunning sounding system was recognized by The Absolute Sound's Editor-in-Chief, Robert Harley, as RMAF's Best Sound of Show (Cost No Object). We are proud to offer Nordost internal wiring, as in this remarkable system, as an option for all YG speaker models.   "

Eleanor is an award winning, Dublin-based singer/songwriter. She got her start at a young age, as both a pianist and violinist. Graduating from Trinity College with an Honors Degree in music, she was accepted into the RTÉ National Symphony where she concentrated on songwriting. Her break-out hit was the highly celebrated, lead single, and title-track off of “Only a Woman’s Heart”, the top-selling Irish album of all time. Eleanor McEvoy is very well regarded in the hifi community, and is recognized as releasing the world’s first ever SACD single, “Did I Hurt You” from the album “Yola”, which is regarded as the industry standard and is used to test high end products. Eleanor’s list of work includes: What’s Following Me?, Snapshots, Yola, Early Hours, Out There, Love Must Be Tough, Singled Out, I’d Rather Go Blonde, Alone, If You Leave, STUFF, and Naked Music. She is currently working on a new project, which will be an in studio, live album, recorded using Nordost cables 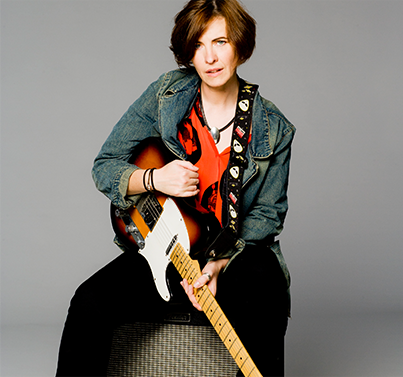 " I love the clarity of sound I get with Nordost. As a singer songwriter, it’s so important to me that listeners can hear my song lyrics clearly. Capturing the best vocal possible is my highest priority in the studio. Hearing back vocals that I’ve recorded on Nordost cables I know I’m getting the highest possible sound quality.

My partner is a sound designer, so he’s particularly meticulous about sound quality. He’s constantly re-wiring the various systems in the house. It’s a good opportunity to try out different leads, amps, etc. Again and again we come back to Nordost on all the systems.

I’m heading back into the studio soon and intend to try out the new range of guitar leads. I have some beautiful instruments— my acoustic is a Taylor 814C (Auditorium model) and I use two electrics: a Fender Telecaster and the Yamaha AES1500. It’s important to me to get the best out of my instruments and I know Nordost can help me achieve that.   "

Elan Mehler is a New York based jazz pianist and composer who has released five records internationally, and has toured throughout the world. In 2015 Elan and his partner, Jean-Christophe Morriseau, started Newvelle Records. Newvelle Records is a an innovative label that produces original, high quality, vinyl recordings, which are distributed as seasonal subscriptions in bi-monthly installments. These six pressings combine to form a box set, which uses curated artwork and writing to create an immersive and affecting experience when paired with music. The response to their work has been overwhelming, both from the artists that they work with and from jazz and hifi reviewers, who have issued an onslaught of positive reviews raving about every aspect of Newvelle, from the integrity of their records, to the quality of artists they feature, to the distribution model that they employ. 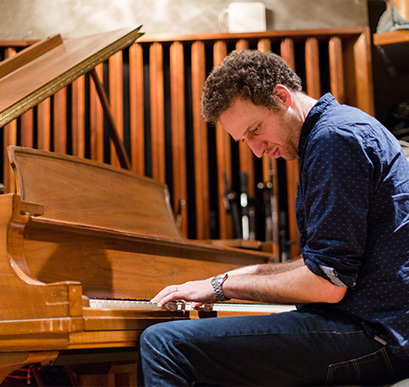 " We started Newvelle Records in 2015 with the idea of building a series of records, of all new music, that cut no corners sonically or artistically. We strive to record and release the best sounding records anywhere. We built a model that treats musicians right and uses the full available canvas of vinyl to make something unique and beautiful. We record all of our records in Manhattan's famed EastSide Sound Studio.

AB testing Nordost's cables at EastSide Sound was a revelation for me. At Newvelle Records we are committed to bringing the best sound possible to our members. Nordost cables made an immediate impact on the quality of sound we were getting. Additionally, while previewing and testing our vinyl pressings we've found that upgrading to Nordost is not a subtle difference. There is an immediacy when you drop the needle that is astounding.   "

Barry Diament has been a professional recording engineer since 1975, and joined Atlantic Records in 1978. Throughout his time at Atlantic, Barry used every medium, having cut tracks, recorded overdubs, mixed tracks, edited tracks, and mastered for vinyl. In 1983 Barry became one of the very first engineers to master for CD. Today, in addition to his work as a consultant, designing systems and studios for recording, mixing mastering, and playback, Barry spends the majority of his time producing, recording, and mastering all of the projects at Soundkeeper Recordings. His recordings are made with all the musicians playing live, in real time, in order to capture the feel, excitement, and emotion of every performance. Some of Barry’s mastering credits include: AC/DC, Led Zeppelin, Bob Marley & the Wailers (he can list their whole catalog in his credits), Otis Redding, Pete Townshend, and Warren Zevon. 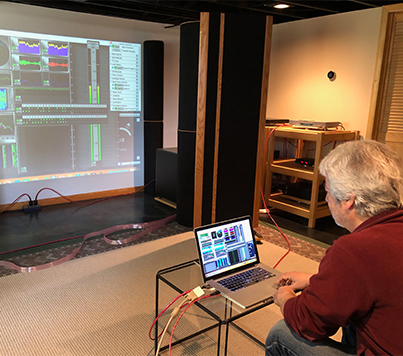 When I first built my own studio/listening room, I auditioned a wide variety of candidates for cabling and kept returning to Nordost cables. They always allowed me to feel like I was hearing past them, into the recording itself—which is exactly what I sought from the monitoring system in the studio.

With the system now outfitted with Nordost for all power, analog, digital, and computer connections (and a QBASE for power distribution), the listening experience is sublime. And the balanced interconnects, used as my microphone cables at recording sessions, have shown me that my microphones are even better than I previously thought they were. Thank you Nordost for bringing my work to a higher level!   "

In the early 1970s Mike joined BBC Television as a sound engineer where he worked on a huge range of programs from “Monty Python” and “Fawlty Towers”, all the way through to “Live Aid”. At the time, the technical training within the BBC was second to none. In 1986 Mike left the BBC to pursue a career in the feature film industry, where he has worked on over 90 feature films including the last five Bond films as the underwater cameraman. However, he has always been passionate about sound. In 2011, Mike returned to his roots, launching “Chasing The Dragon”, recognized as one of the leading producers of audiophile recordings. 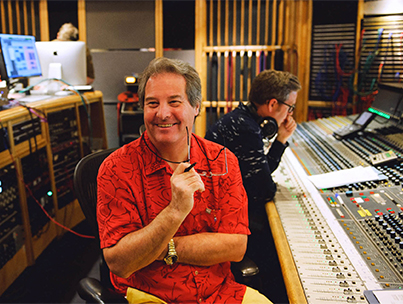 " The most vital thing I have come to appreciate over the years is how precious the microphone signal is. I cannot tell you how everything that we now record has been lifted by leaps and bounds by using Nordost’s Ax Angel microphone cables. We have carried out many A/B tests and have always voted for the musicality and sheer foot tapping fun that our recordings now have, when made using these great cables. I now never leave home without them! In fact, our most recent Direct Cut album (which we also recorded in Double DSD and PMC for download release), featuring audiophile icon Eleanor McEvoy, was recorded using Nordost cables, and the sound is fantastic!   " 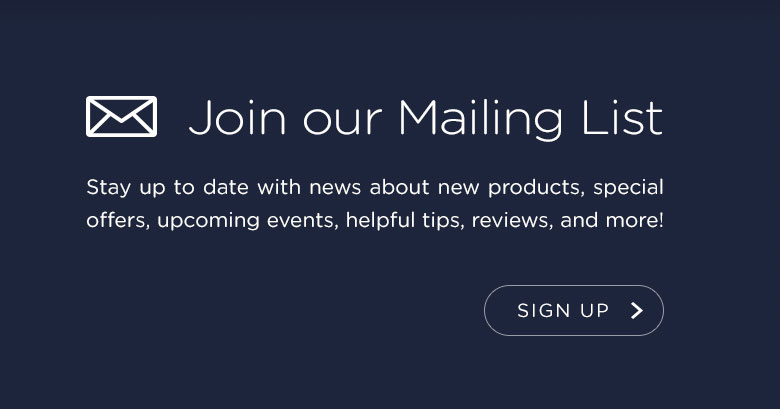 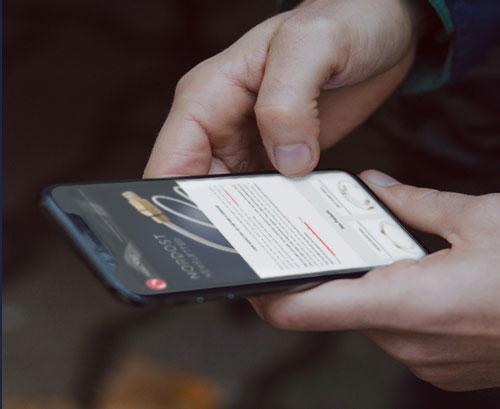