Apple’s iTunes revolutionized the music industry when it was first introduced and to this day is a major provider of music for purchase for millions of people around the world.  It offered a way for people to legally download music at a fair price.  Before iTunes there were essentially illegal file sharing services (remember Napster?) that cut musicians and producers of music out of the loop.

Apple downloads took advantage of a new lossy compression algorithm called MP3.  It was developed to dramatically reduce file size for music downloads.  Whereas an album on CD can be up to around 700 MB, that same album in MP3 form is a small fraction of that.  In the days before high speed internet connections and inexpensive huge hard drives, this was the only way to download, store and play music files.  In its original iteration, 128kbit/s, nearly 90 percent of the data representing the original CD was thrown out to reduce file size.  It was incorrectly determined by the folks that designed the codec that most listeners’ perception of recorded music couldn’t hear all that missing data anyway, hence the lossy compression idea.  The floodgates were then open so you could “enjoy” a thousand songs in your pocket.

Things did get a little better when Apple decided to double the rate of the songs you could purchase from the iTunes store to 256 kbit/s, but it’s still a far cry from the data on the original CD.  An entire generation has been brought up to believe that this is an acceptable way to listen to music.  Sales of physical CD’s are continuing to decline as more and more people ditch their CD player and listen to the mere shadows of the original master recordings these downloads represent. 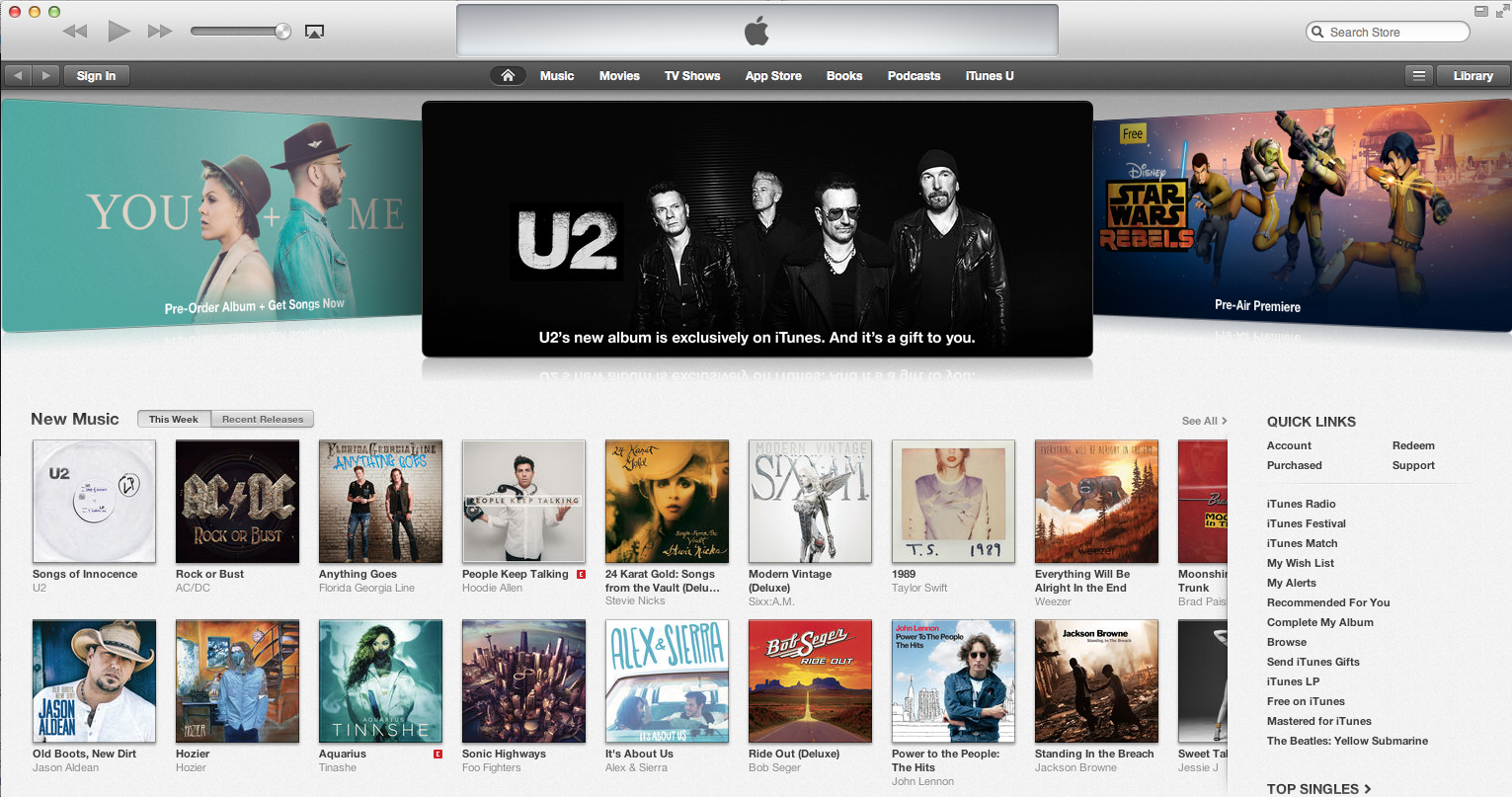 My choice of subject for this blog is inspired by my receipt of the free download of U2’s latest album, Songs of Innocence.  When Apple staged the event for their new iPhone recently, U2 actually performed a song live from the album.  It was then announced anyone with an iTunes account could download it for free for a few weeks.  That’s over a half a billion people!  That’s got to be the biggest album release in history.  So the next day I went to iTunes and, sure enough, there it was waiting for me.  I liked what I heard when U2 performed it live, so I thought I’d give it a listen.  After all, it was “mastered for iTunes” in all its sonic glory (or at least that was how it was billed).

I have yet to be able to play the entire album.  It sounds simply awful, even with a direct USB connection from my MacBook to a proper DAC via a Nordost Heimdall USB cable connected to my reference system.  It reminds me of music on the AM radio section of an old stereo receiver I used to own.  I checked the system out, thinking something dreadful might have happened.  I played some CD quality files and some high resolution files and my system sounded just fine.  Is this the quality of recorded music we have come to expect from mass distribution?

No wonder most people don’t listen to their systems seriously and in the foreground anymore.  Sure, many people have music playing all the time in the background while doing other things, but it seems like few people actually sit down in the sweet spot, either alone or with friends, and listen to music anymore.  There just isn’t enough information available to engage us like there was before this new music delivery scheme.  It’s usually even worse in the latest trend, streaming music.  Maybe that’s why LP’s have seen a steady rise in sales over the last several years, and most predict this trend will continue.  In my experience, LP’s come closer to the sound of master studio recordings than any other medium, including CD, but for most young folks I think nostalgia might be the driving force behind the increasing popularity of vinyl. 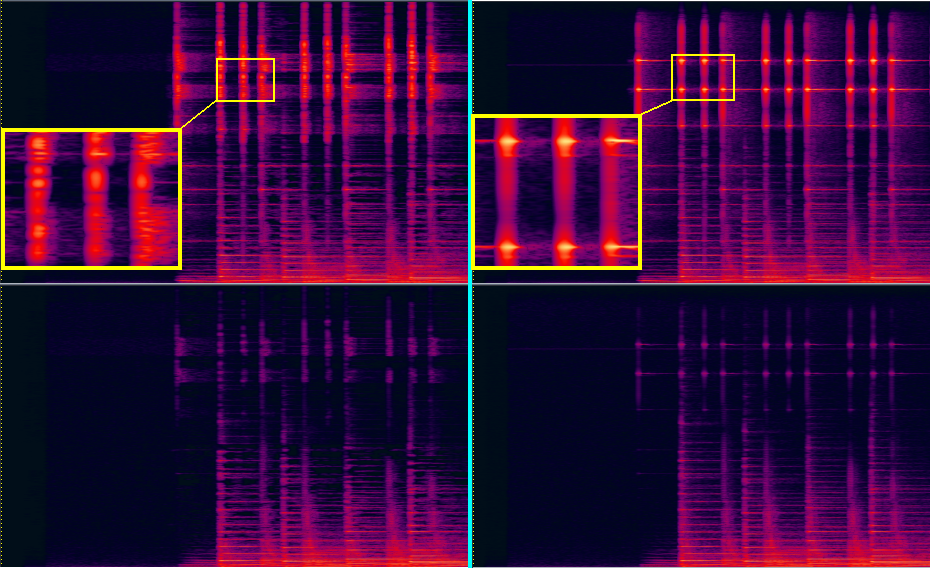 There appears to be hope on the horizon however.  Currently there are many sources of music with even higher resolution than CDs available on the internet.  High resolution PCM (pulse code modulation) recordings at 192 kss/ 24 bit are actually readily available, as well as even higher resolution files in the DSD (direct stream digital) format.  Equipment manufacturers of high quality digital to analog converters (DACs) seem to be introducing new models weekly at relatively affordable prices that can sound very good.

In the streaming music category there soon promises to be available CD quality streaming services from companies like Tidal and others. With a monthly subscription you can stream these higher quality files all you want.  New high resolution portable players from companies like Astell & Kern and others sound amazing when playing these new file formats. Even Neil Young is getting into the act with his new Pono music service and Pono portable player that promises better than CD quality playback.  It is supposed to be available this fall.

These new portable players can transform the quality of music you listen to.  When coupled with the many new high performance headphones now on the market, the music we love can be so much more engaging than background music.  Just don’t forget the high quality cables now available for the new headphones and portable players when you hook them up to your system.  You wouldn’t want to lose it in the connections now would you?

One thought on “Mike Marko On iTunes And Downloadable Music”