Real music lovers can find the melody in everything. From the park to the concert hall, our friend Nelson Brill is always on the hunt for great sound. In this blog, Nelson takes us to three spectacular blues concerts around the Boston area, featuring artists Buddy Guy, Kingfish, and Peter Parcek.

TAKE ME TO THE BLUES CLUB – PART 1 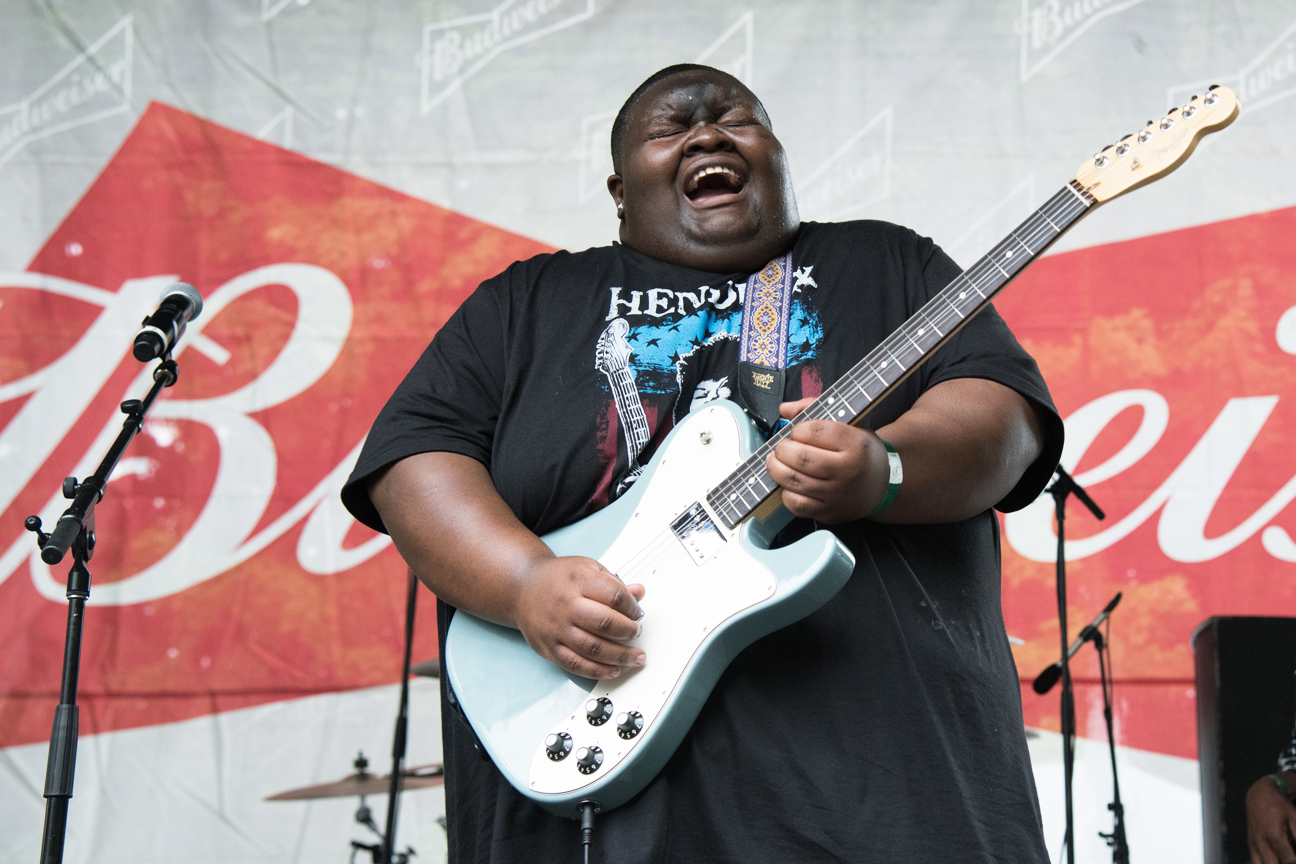 The blues continue to shake, rattle and roll in the hands of old masters and young seismic players. It is always a joy to get out to hear live blues and support a local blues club or theatre. I had the great fortune, on October 17th, to catch the electrifying master of Chicago blues, Buddy Guy (82 years young!), and his band perform at the beautiful Cabot Theatre in Beverly, MA., (the “Cabot”; http://www.thecabot.org). The newly-restored Cabot is one of those music venue gems in our region that offers a beautiful historic space, an inviting community feel and a staff that clearly cares about Good Sound (as exemplified at this concert where the music, no matter how loud and blustery, was heard crisp and coherent). 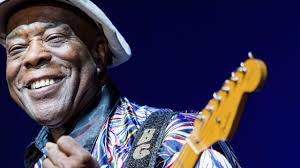 Buddy Guy, always the consummate showman, partnered with his tight- knit band to put on a memorable show at the Cabot. On his opening “Damn Right, I’ve Got The Blues!” Guy bounded onto the stage with great flourish and excitement, his voice ageless and strong: full of baritone heat and his soulful treble yelps that flutter with expressive yearning or comic relief. His electric guitar strutted in common vehicle with his voice: a searing, dancing vehicle of groove. 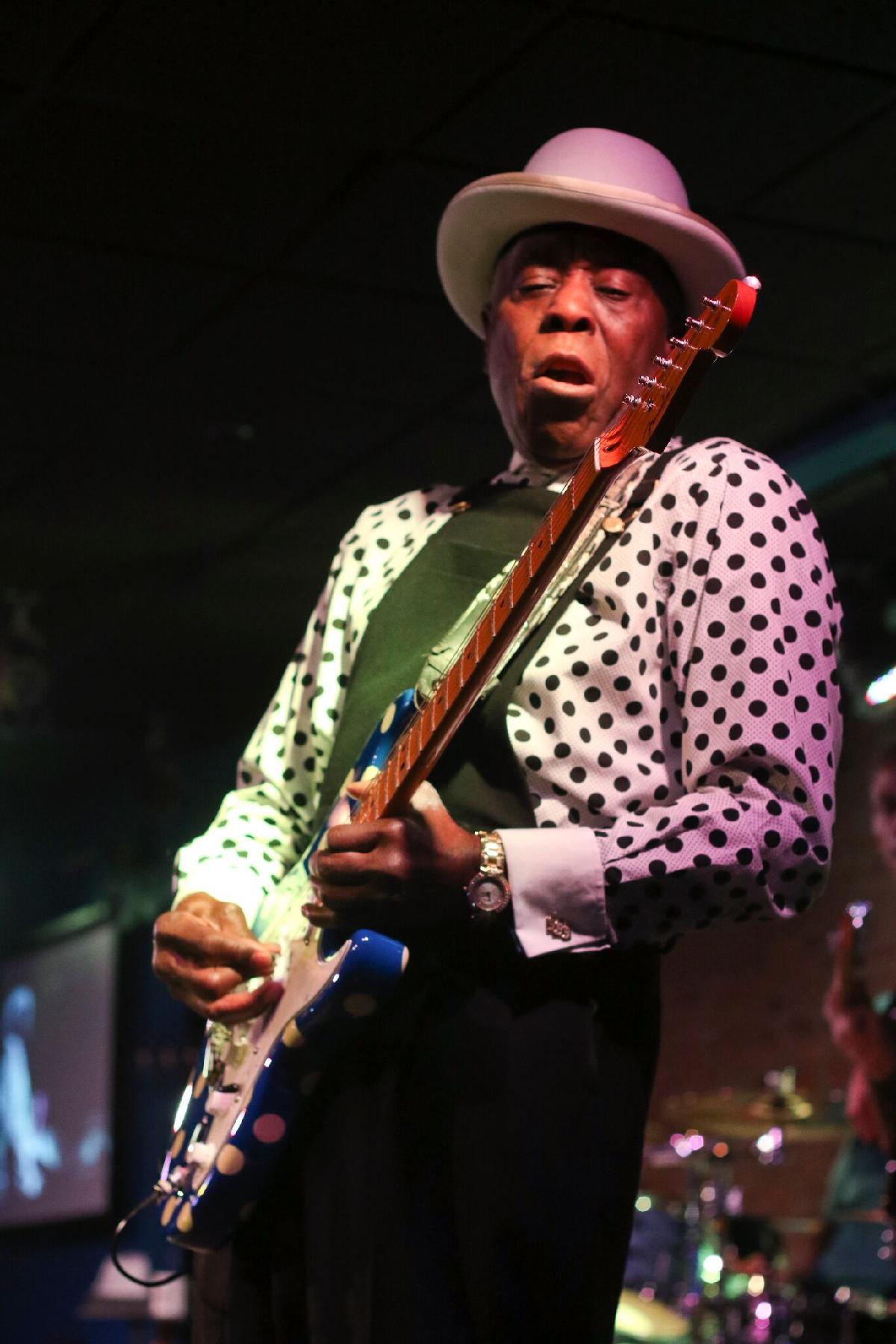 Guy strikes his guitar strings with stinging perfection, each note isolated and crisp, sent on its way by the dramatic flick of his wrist outwards (like sparks sent into a night sky). He can also create big resonant heat by playfully gyrating his hips or belly against his guitar body in his prance of shimmer and shake. At one point in this concert, during Guy’s radiant extended version of his soulful ballad, “It Feels Like Rain,” Guy swiped a towel against his hotly amplified guitar strings and danced to its whoosh of colors – all the while smiling broadly (with his mischievous, playful grin).

Guy’s grooving band kept pace with him all night, barreling through such locomotive Chicago blues classics as Willie Dixon’s “Hoochie Coochie Man” and Muddy Water’s “She’s 19 Years Old”. Guitarist Ric Hall ignited “Hoochie Coochie Man” with a dynamic solo shimmering with quick trills contrasted with a sliding flurry of colors up and down his guitar. Keyboardist Marty Sammon complimented all of Guy’s greasy, flowing action with his own keyboard prances, highlighted on a classic Bobby Rush song where he twinkled light bluesy chords contrasted with his rustling runs. 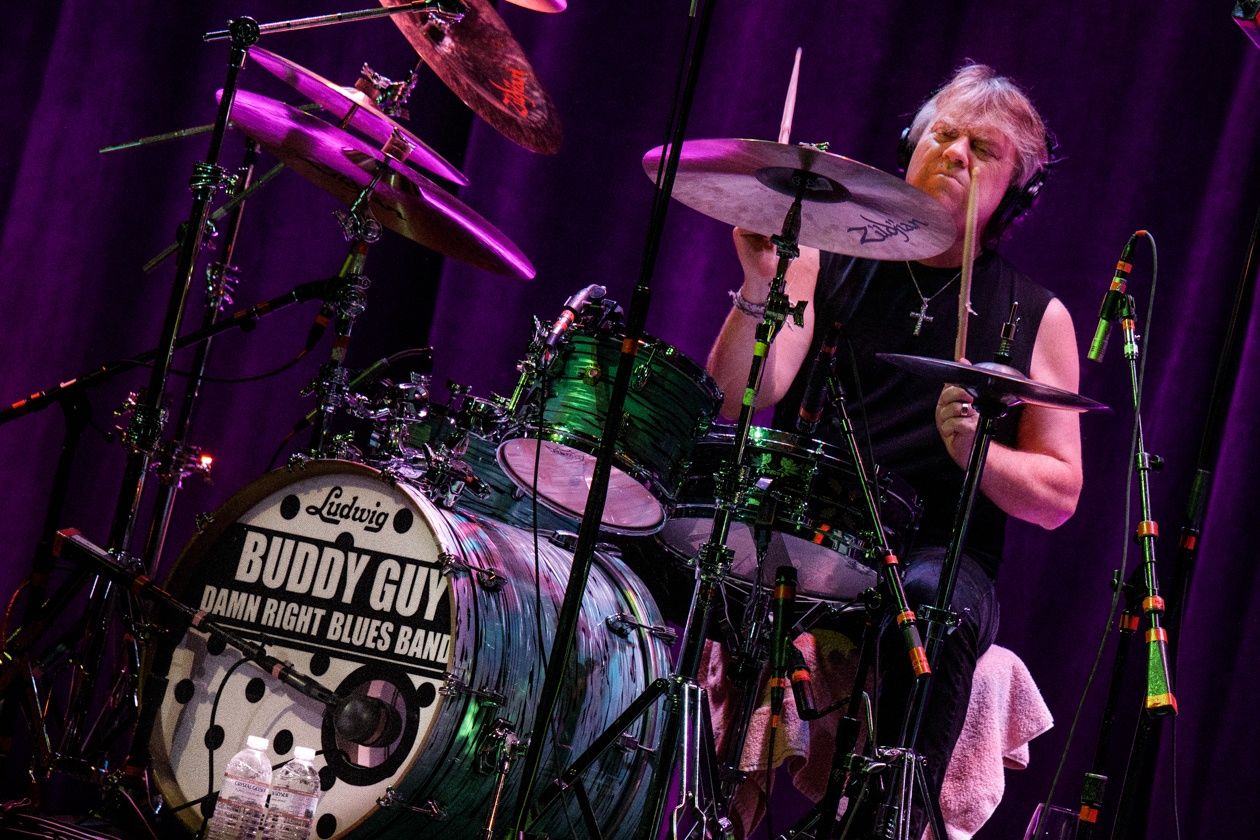 All this drama was tethered down by punctual bass and drum, highlighted by drummer Tom Hambridge’s delivery of precise thunder to stoke the band. Hambridge, (who has produced many a great blues album, including several of Guy’s) opened the concert with his own set, accompanied by keyboardist Sammon. Singing next to a small drum kit, Hambridge delivered a garland of bluesy tunes, including his smart and comic tune, “Upside of Lonely”, with Sammon’s barrelhouse runs rippling creatively under the current of Hambridge’s tight cymbal and snare. 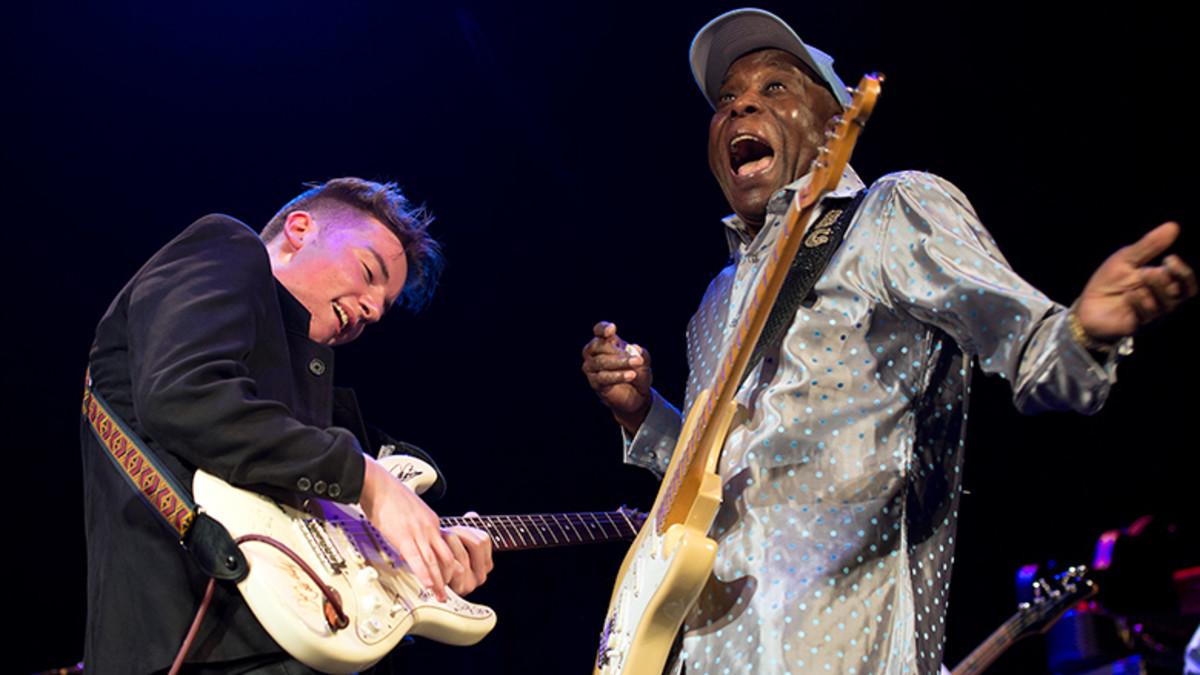 Guy was also joined on stage by one of his young protégés: guitarist and singer Quinn Sullivan of New Bedford, MA., who joined Guy in a closing rollicking jam. The two guitarists leapt in glowing rapport to B.B. King’s “Five Long Years” with Sullivan delivering a gust of blistering runs and searing high holds while Guy focused on a bright parade of stinging notes, prickly and animated. Smiling and joking as they played, the two guitarists stood shoulder to shoulder to nestle in their colorful rumbles while the capacity audience hollered and swayed along to the blistering grooves. 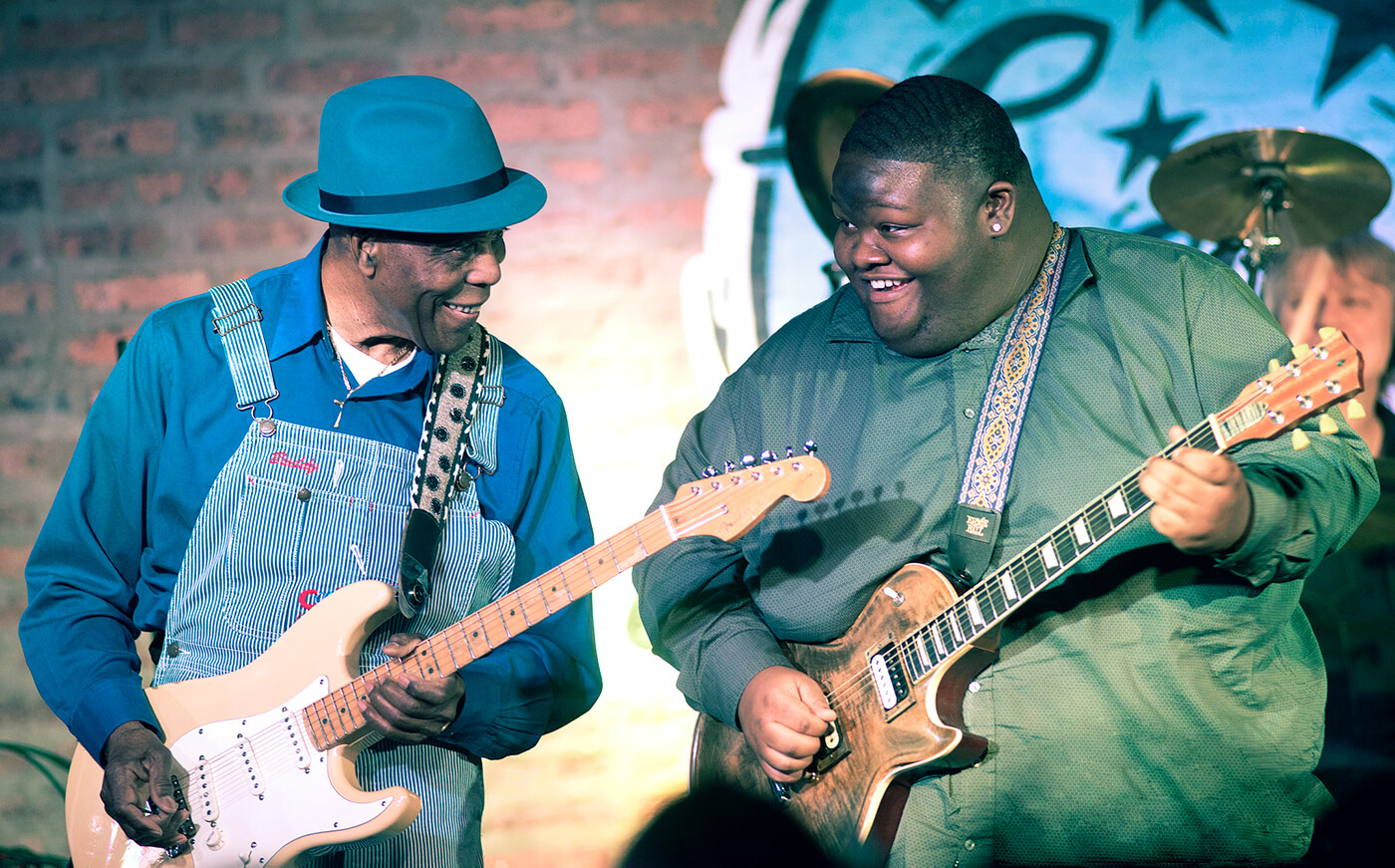 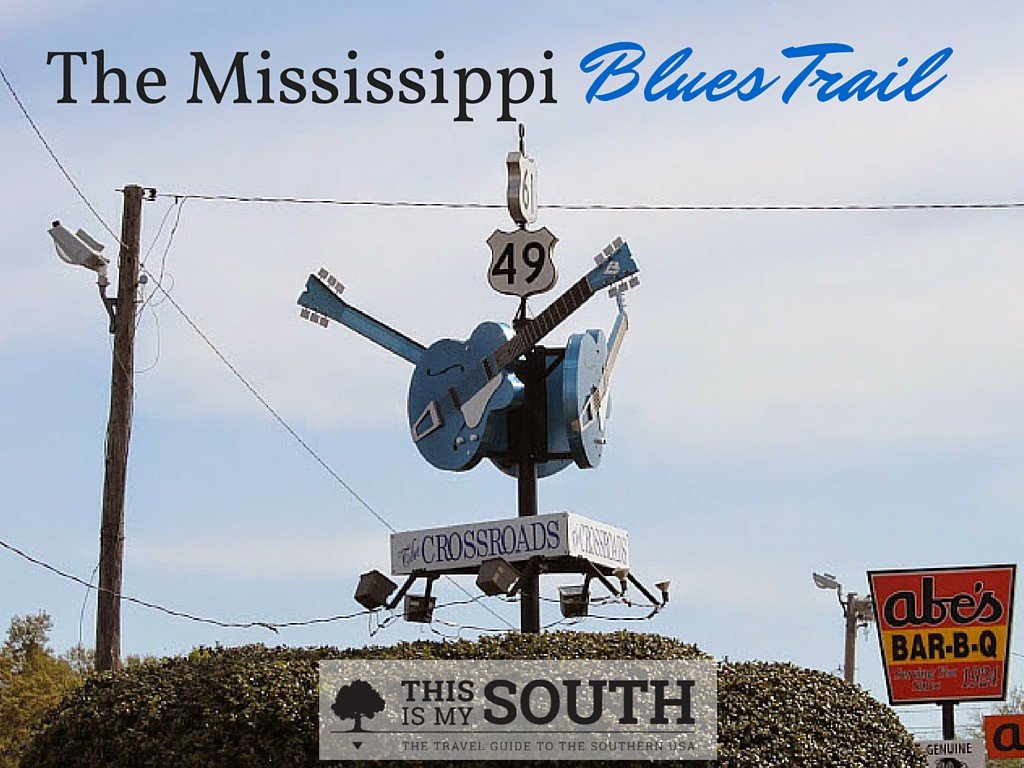 A few years ago, I took a trip with a buddy to the Delta to travel the historic Blues Trail (a highly recommended trip for any blues fan – see http://www.msbluestrail.org), and one of the stops along the Blues Trail is the historic town of Clarksdale. There we met a local blues harp legend, Deak Harp (http://www.deakharp.com; who owns a small music store in town) and Deak told us to stay around to attend a concert by Kingfish at the legendary Red’s Lounge in Clarksdale, one of the few remaining juke joints in the Delta. We returned that night to hear Kingfish in the intimate and welcoming Red’s, surrounded by members of his family, friends and other blues fans (who had traveled around the globe to experience the Red’s Lounge magic). I still recall how Kingfish took over the small stage at Red’s, leading a tight band in blistering How’lin Wolf and Willie Dixon tunes, spiced with his own fresh funk and soul.

Buddy Guy has now taken the young Kingfish out on national tour and set him up with Tom Hambridge to produce Kingfish’s new self-titled debut record on Alligator Records (http://www.christonekingfishingram.com). 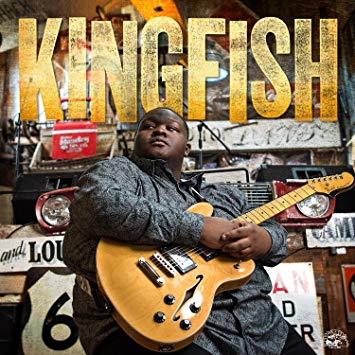 The CD is an excellent introduction to this young Delta blues artist and highlights include Kingfish’s funky duet with Guy on their rocking “Fresh Out”; his knotted chords and leaps on the steamy “Before I’am Old” and his flowing acoustic guitar rambles and vocals on the dreamy, “Been There Before.” Some other cuts on the recording show less originality, but Kingfish imbues even these more predictable outings with his soulful vocals and dynamic guitar. The recording’s sonic quality is not audiophile quality, unfortunately, as it suffers (like many a modern blues recording) from a hyped-up “pop” treble energy that lends excess sibilance to Kingfish’s normally buff baritone and adds thinness and glare to his naturally fluid guitar churn. 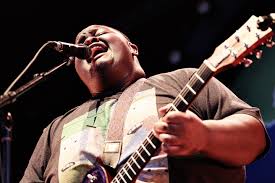 Touring in support of his debut record, Kingfish recently performed in Boston on the intimate stage of The Porch Southern Fare & Juke Joint in Malden, MA. (http://www.theporchsouthern.com). Accompanied by his tight band, Kingfish took the stage with all the confidence of a veteran bluesman churning power chords and adroit runs with effortless precision. He shifted seamlessly from the boogie commotion of “It Ain’t Right” (creating breakneck runs to the pulsing groove laid down by drummer Chris Black and bassist Paul Rodgers) to a beautiful quiet acoustic version of “Listen,” a soft-spinning ballad that utilized Kingfish’s crisp guitar strums along with earthy deep vocals. 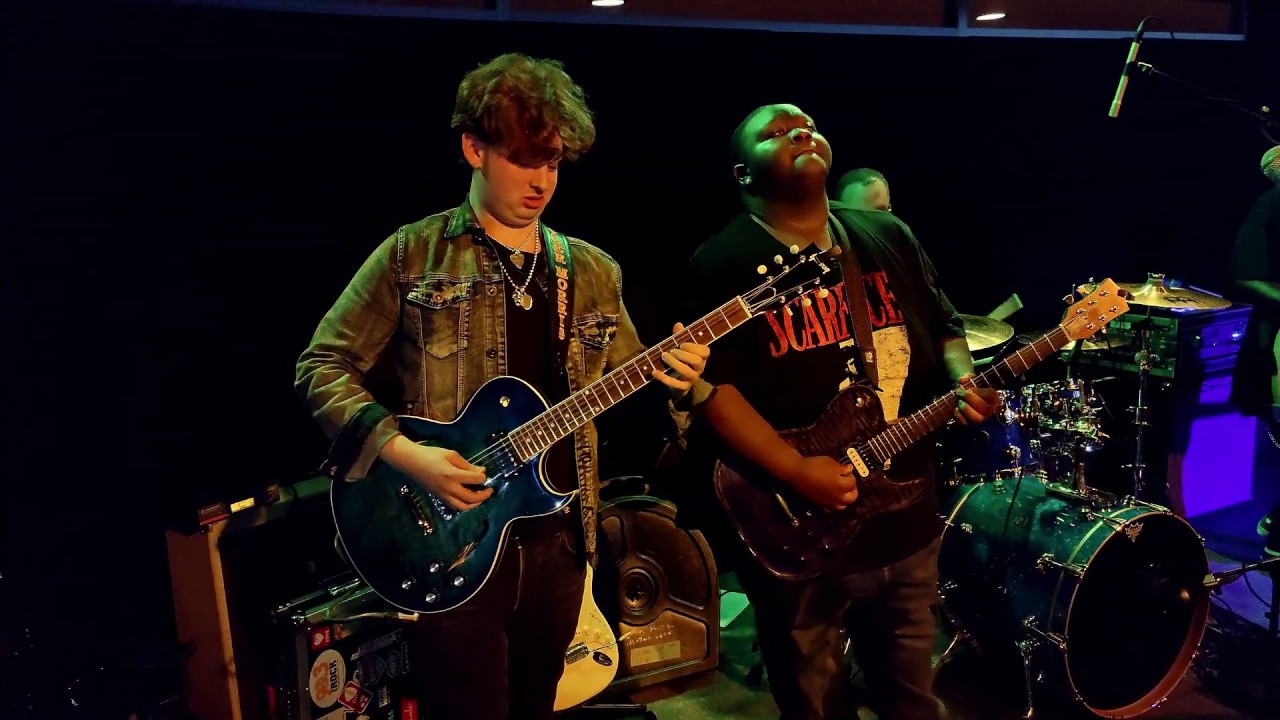 Kingfish also graciously invited local blues guitarist and songwriter Tyler Morris to the stage to join him in a blistering youthful exchange. The two guitar slingers joyfully conversed on BB King’s “The Thrill Is Gone” with Kingfish rendering spinning, stinging notes in colorful boogie while Morris contributing beefy amplified holds and frisky, sparkling flourishes on his scorching guitar. Here were two young protégés of Buddy Guy dipping their buckets into the rich well of the blues tradition to inspire their own fresh takes: deep toe-tapping blues, heart-felt and soulful.

And speaking of heart-felt and soulful, there was another recent Boston blues-love fest that must be mentioned, as it too shook the rafters of a local club and made for another memorable evening of rollicking blues. This was the concert held on December 19th presented by Boston radio station WUMB (http://www.wumb.org) on the intimate stage of the inviting Burren, located in Somerville, MA. (http://www.burren.com). The concert was a special gathering of local blues musicians led by virtuoso guitarist, singer and songwriter, Peter Parcek (http://www.peterparcekband.com), who brings a gale-force presence and creativity to everything his blistering electric blues (and roving curiosity) seeks. 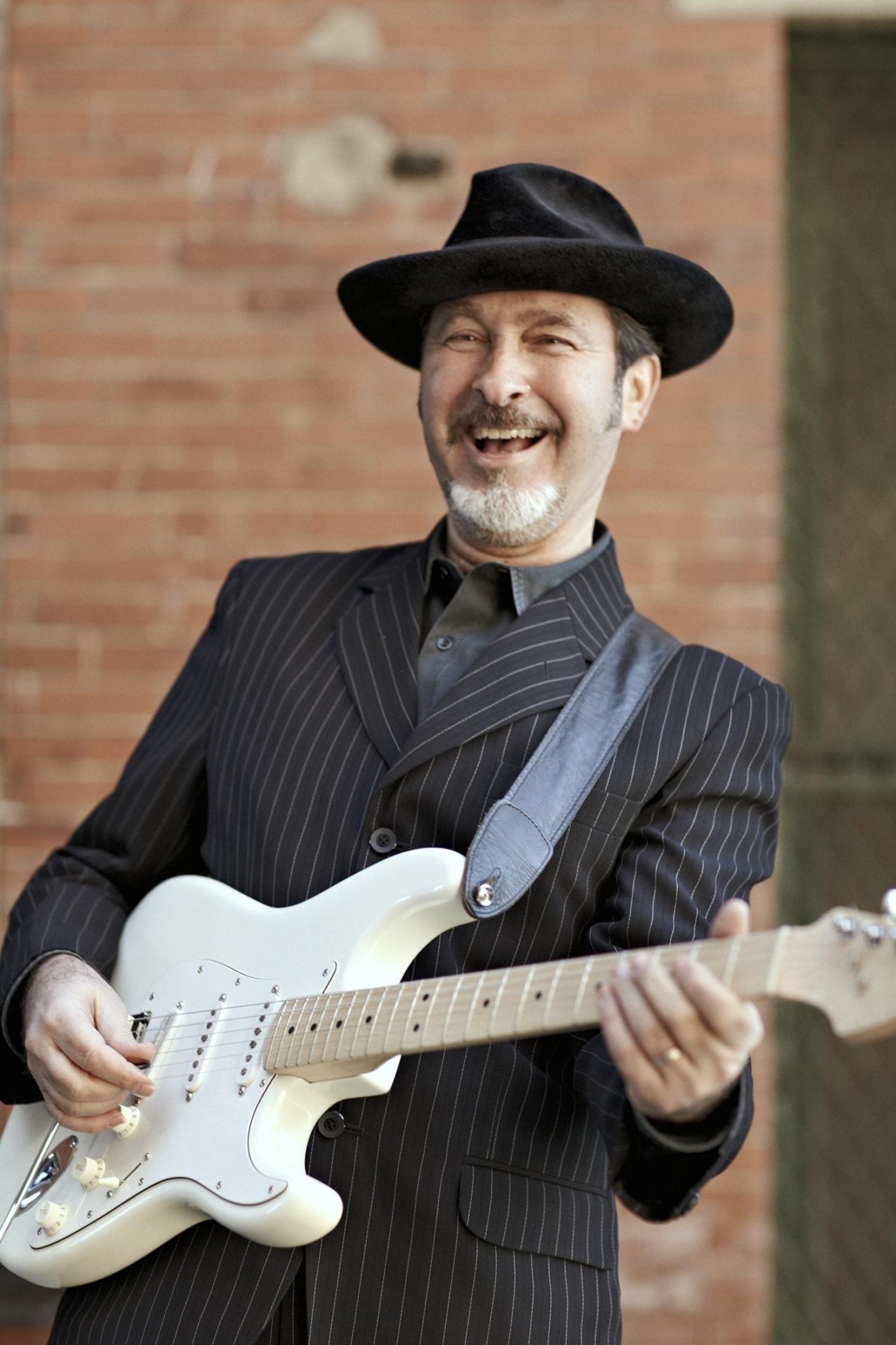 Parcek was joined by a host of sterling local musicians, including Marco Gilvino on drums (a creative presence on his drumkit and a great producer in his own right – see Strange Angels: In Flight With Elmore James [Sylvan Songs Records] – my pick for best Blues record of 2018); Joe Klompus on bass; Tom West on keyboards; Jonathan LaMaster on violin and Danielle Miraglia on guitar and vocals.

From classics to Parcek originals, the band strode forth on the locomotive thunder of Parcek’s electric guitar. Parcek covers all styles of the blues with aplomb. He loves to grease his guitar neck with quick runs and splintered ends of notes, (like little barbs of sharp glow), and also loves to let his tumultuous slides wring out all their amplified heat and fuzz into the surrounding air. Parcek’s earthy vocals, with their touch of light grit and grain, make for an expressive vehicle with his guitar: surging and soulful or fire-alarm audacious. At the Burren, Parcek attacked the classic boogie of “Kokomo Blues” with an inventive slip and slides of notes, sputtering in short trills or letting his unspooled long slides luxuriate in their falling heat. He took up his slide guitar to ignite the fuzz-ladened storm of his new original, “World Upside Down,” erupting in a swath of harmonics and big holds that billowed outwards in resonant, vibrating thunder.

Parcek’s All-Star band followed Parcek’s every creative flight, reveling in their collective synergy and zest. Gilvino employed a number of creative additions to his drum kit (a tambourine attached to the top of his hi-hat; shakers attached to his drum sticks) to spice his deep, steady pulse and his propulsive low thrums. Klompus teased with isolated bass notes and fleshy pulls, especially loving his interplay with West, whose gliding keyboard notes always hit the grooving target with their melodic flow and velvety pulse. The combination of the band’s electric blues with LaMaster’s fiddle was another cool twist, animated with new colors and LaMaster’s swooping phrasing and deft plucks. 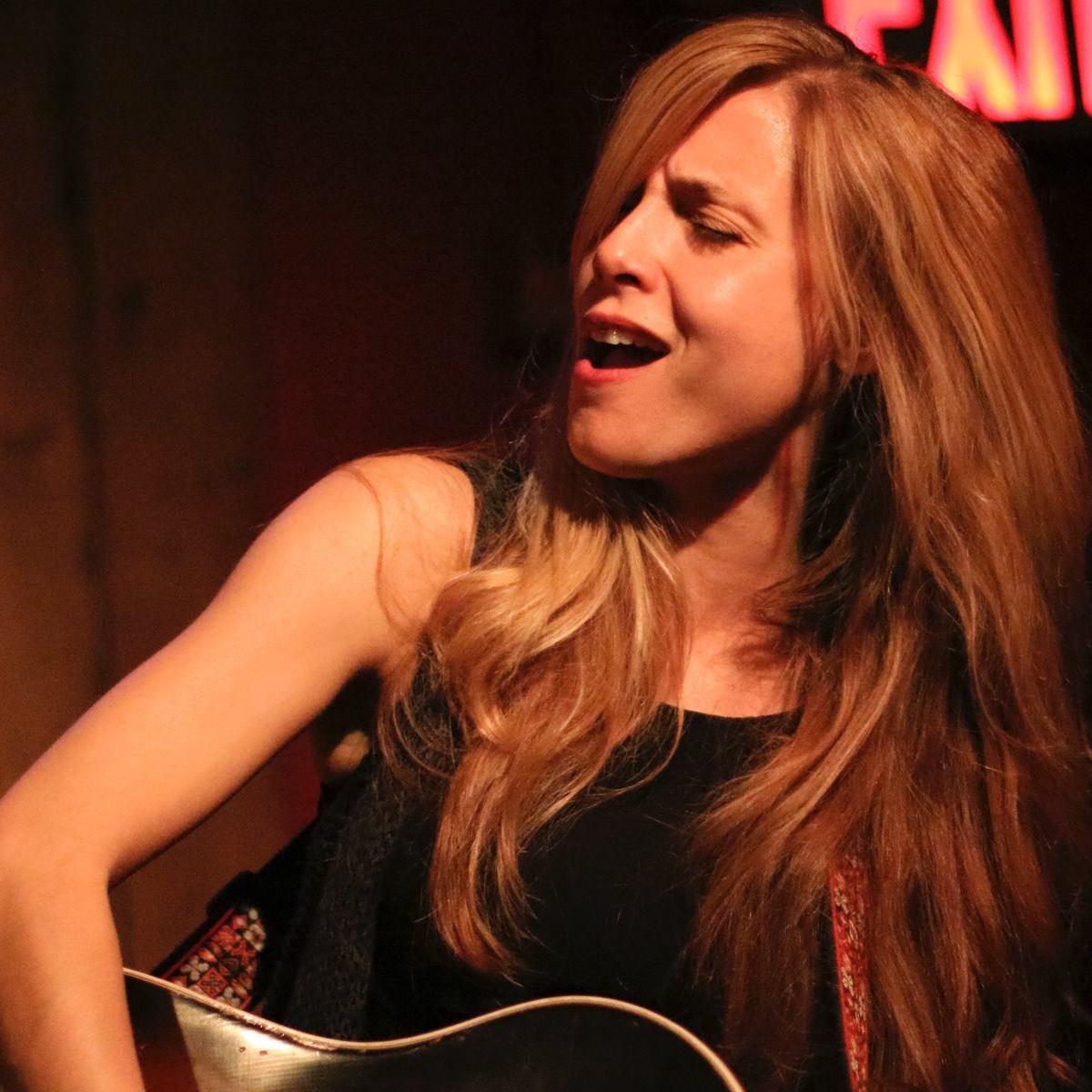 When the silken-voiced Miraglia took to the stage, the band fell in with her dulcet spirit on a smartly grooving Dylan tune, rolling along on Miraglia’s silvery lithe phrasing, (adding earthy husk to her most fervent high reaches). The band played a final holiday salute, Chuck Berry’s “Run, Rudolph, Run”, busting out of the gate with Parcek and Miraglia exchanging frenetic guitar quips joined by West’s barrage of barrelhouse runs. Parcek, (always the intrepid, open-hearted bluesman), was all smiles in hurling forth his final, tumultuous guitar hold to cap this merry night of blues at the Burren.

You can read more of Nelson’s concert reviews at www.bostonconcertreviews.com.