The most important cable in your sound system is the power cord. At the risk of stripping away any magic from your tunes, the music enjoyed from your hi-fi system is little more than AC power, transformed by components to reproduce a melody. The quality of this reproduction is directly determined by the caliber of power cord which is facilitating this transfer of raw 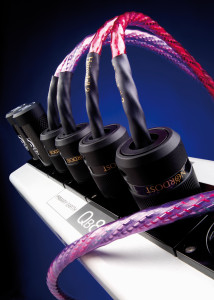 electricity to the equipment. By simply upgrading the AC cable in your set up, the audible difference is remarkable. Unlike other cables, a power cord does not transmit a signal: It conducts AC power. The success of this cable is gauged by its capacity to deliver a sturdy, instantaneous current as well as its ability to reduce the effects of electromagnetic interference (EMI) and radio frequencies (RF) coming from outside sources. A poorly constructed AC cord will actually attract EMI and RF, or noise, to your current, affectively polluting the raw material feeding your system and raising the source impedance of the AC supply. An optimally built power cord, on the other hand, is designed to be less prone to, and reduce, any EMI and RF influences resulting in a faster rise time in the 50/60 Hz cycle. For the Nordost solution, see our website to learn more about our power cords ranging from our Leif to Supreme Reference ranges.

91 thoughts on “What is the most important cable in your set up?”