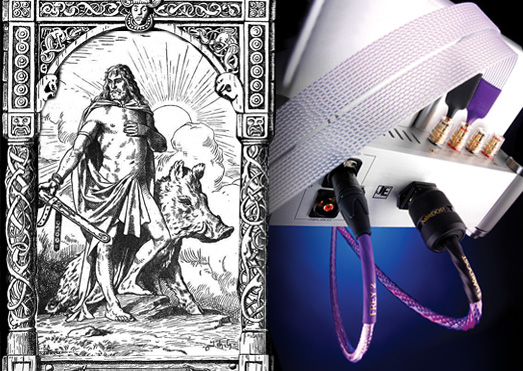 Frey, the god of harvest, decides when the sun shines and the rain pours. People most often look to him for peace and plenty. Frey is sometimes depicted in the company of a boar, whose golden bristles personify the sun. This boar is said to have taught men to plow, and leads Frey’s chariot as he scatters fruits and flowers onto earth. Frey is further known for the Skidbladnir, a ship that acts as the clouds, bringing favorable winds wherever it goes.