Jim Pavett, producer/engineer and owner of Pure Wave Audio, is one of the most respected pro audio retailers in the country.  However, that isn’t Jim’s whole story. For over 30 years, Jim has run Southern Arizona’s premier commercial recording studio: Allusion Studios. Since an early age, Jim has had a passion for the very best in electronics. This passion keeps him searching for the latest technologies, which in turn has helped Allusion Studios to maintain its edge and continue its long-standing reputation. From this passion, Jim decided to take his vast product knowledge and use it to grow a boutique, pro audio, consulting/sales business, by the named of Pure Wave Audio. By building trust in the marketplace, fostering client loyalty, and carefully selecting vendor partners, Jim has grown Pure Wave into a leading specialty pro audio hub in the Southwest. 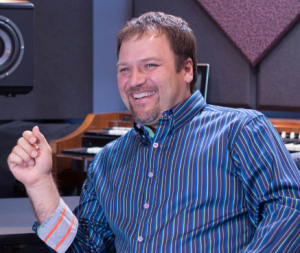 Jim holds a Bachelor’s degree in Electrical Engineering and is an experienced educator and clinician.  He is also the creator of the video tutorial series, The Studio Edge: Pro Audio Recording Series. Throughout his career, he has served as a panelist for the PotLuck / TapeOp Recording Conventions, and has written for national audio magazines. Additionally, one of his many recording projects, Beyond Words by Gentle Thunder, was nominated for a Grammy Award in 2007. In 2010 Jim recorded and mixed Jack Gladstone’s Native Anthropology, which won Gladstone the award for Native American Historic Recording Artist of the Year.  Most recently, Jim has produced and recorded Muscle & Blood with Marc Storace (Krokus), Barry Sparks (MSG, Yngwie), Pat Travers, Les Dudek (Steve Miller), and Frank Mario. He is currently performing this album live with vocalist Marc Storace / Bret Kaiser (Madam X), Rudy Sarzo (Ozzy Whitesnake, Quiet Riot) on bass and guitarist Robby Lockner (Jack Russel’s Great White).

In 2015 we were happy to welcome Pure Wave Audio to the Nordost family, giving them the distinction of being our very first Ax Angel dealer.