Real music lovers can find the melody in everything. From the park to the concert hall, our friend Nelson Brill is always on the hunt for great sound. In this blog, Brill covers two bass-centric performances at the Regattabar in Cambridge, MA, featuring veteran bassist, Ron Carter, and newcomer to the scene, Linda May Han Oh . 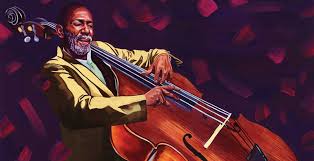 The power of an acoustic or electric bass is limitless. It can, in the hands of an eminent string master, power a walking blues romp or, in the hands of a young bassist taking her first turn as a band leader, it can serve up a stew of gut-thumping colors propelling her original compositions.

As for an eminent master of the acoustic bass, there is no one like the impeccable Ron Carter, who celebrated his 80th birthday with his artful trio (Donald Vega on piano and Russell Malone on guitar) in a sparkling performance on April 28th at the Regattabar in Cambridge, MA. (www.regattabarjazz.com). Sporting a dapper suit (accented with a purple pocket square), the lanky, joyous 80 year-old immediately alighted on his bass with delectable bounce and rhythmic splendor. His nimble fingers tenderly flirted with his strings, creating buoyant and soulful song lines. The intimate setting of the Regattabar (and the superb sound that house engineer W.J. Edward Emerson was able to concoct from Carter’s small amplifier elevated on a stand) allowed for the capacity audience to lean in and hear every soft purr, fleshy pluck and pungent roll from Carter’s bass. 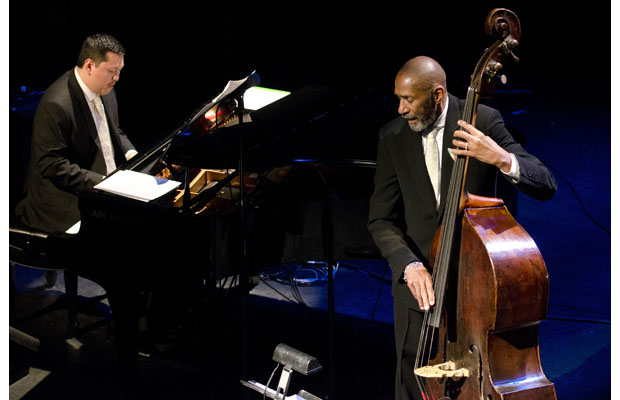 Carter and his sympathetic band mates swung heartily into music that paid tribute to some of Carter’s departed past colleagues: bassist Oscar Pettiford, guitarist Jim Hall and trumpeter Miles Davis. Their tribute to Hall, entitled “Brazilian Opus No. 5”, was highlighted by Carter’s extended solo in which he ensnared all the warmth of this slow-brewing bossa nova with nimble dexterity. He located notes down low (with gentle plucks and lingering harmonic holds) and then effortlessly slipped up to his highest register (with an elastic “portimento” or huge slide) grabbing a cluster of notes with his outstretched fingers. “Brazilian Opus” concluded with Carter’s trademark touch: a rigorous singular bass note struck on just the right note and pitch to sum up the arc of the band’s creative excursion. 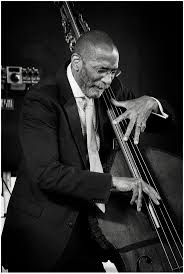 Cushioned within all this alluring bass drama was Vega’s subtly eloquent piano. Throughout the concert, Vega displayed a plush keyboard attack that relied on understatement in his creative feel for the backbone of each melody. He twisted each strand of melody into creative braids of fleeting piano lines that always fell into satisfying patterns of light tension and release. 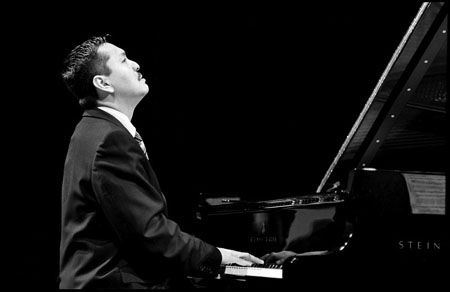 The Trio’s version of Pettiford’s “La Verne Walk” was a slippery, sliding delight that had all three musicians crackling with collective energy and virtuoso solo moments. All the sunshine in this tune was captured in Carter’s cavort: he pulled strings to bend them in elastic deep rumbles; he slid and slurped in playful bluesy holds and chased the melody with buoyant touches and spidery licks. 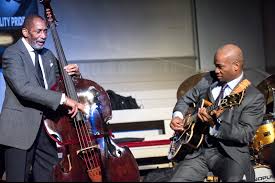 Carter’s ineffable bounce led the way into Malone’s gleeful solo in which Malone first created the delectable sound of a washboard by rapidly strumming his strings and lightly tapping his hollow body guitar to create a wooden percussive rush. He then found a perch on one note, repeating it for several seconds, only to flow into a rapid, funky descent that ended on the same one note perch. The crowd roared in approval as a smiling Carter took up this same one-note on his bass and threw it into his quiver of colorful declarations to send Pettiford’ swinging piece homeward. 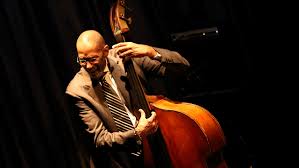 The Trio ended their set on a version of Benny Goodman’s “Soft Winds” that showcased the Trio’s ability to hit prankish hard, with the lightest of touches. Vega’s piano solo was filled with undulant waves of blues chords rising from his depths to his highest registers; Malone dove in with his sly funk and crisp strumming and Carter added his penetrating undertow of walking bass lines. This thunderous action receded when Carter’s bass veered into the lightest of purrs and touches, sending Vega and Malone into peaceful curls of their own, high and sweet on their instruments. The final note (which Carter held serenely) sung out with regal force punctuating this great musical companionship. 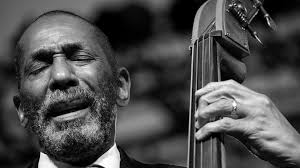 Carter has been involved in more than 2,000 recording sessions. A few of his most recent recordings are recommended for their audiophile quality and their beautiful ensnaring of Carter’s spirited versatility. 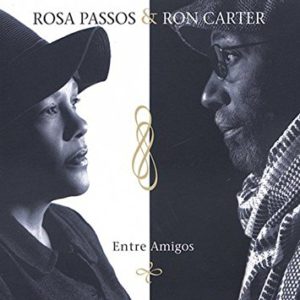 One of my older favorites is Carter’s 2003 Entre Amigos SACD/CD recording on the (always reliable) audiophile quality label, Chesky (www.chesky.com). On this superb recording (suffused with the warmth and air of the recording venue), Carter’s bass softly entwines (from a layered rear position) with the expressive vocals of Rosa Passos and the acoustic glory of several other virtuoso musicians to mine the unfolding grooves of some classic Brazilian tunes. The relaxed feel of this session is fantastic with Passos’ lithe and expressive vocals crisply captured up front, meandering in and out of Carter’s probing bass. 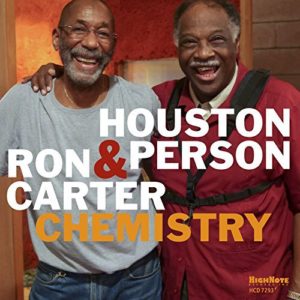 Carter also showcases his versatility on his most recent recordings: he joins in a warm and simmering duet with saxophonist Houston Person on Chemistry [HighNote Records] and then joins forces with a boisterous band led by trombonist/composer Steve Turre on Colors For The Masters [Smoke Sessions Records]. Chemistry is a stellar recording and one of the last produced by the recently departed recording master, Rudy Van Gelder, at his legendary New Jersey studio. Although I would have liked more upbeat numbers from this swashbuckling duet, (slow ballads predominant), the session is a beautiful example of two masters conversing on an intimate scale where every curling breath of Person’s soulful sax is tactilely felt and where every one of Carter’s pungent touches is heard nimble and radiant. 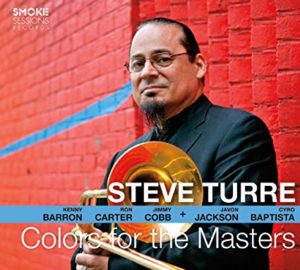 In contrast to Chemistry’s intimate session, Colors For The Masters takes off on the boundless energy of a stellar band in flight. The band is supremely assured with glittering pianist Kenny Barron, master drummer Jimmy Cobb and Carter leading the rhythmic charge in accompanying Turre’s resolute trombone and Javon Jackson’s brawny tenor sax. This vital recording packs a soulful punch as it veers from the raucous to the voluptuousness, delivering animated keyboard grooves, glowing horns and, underlying them all, Carter’s bracing bass lines.

Another bassist, (who may take a thing or two herself from the Carter playbook) is the intrepid young bassist, Linda May Han Oh, who brought her venturesome band (pianist Fabian Almazon; guitarist Matthew Stevens; saxophonist Greg Ward and drummer Rudy Royston) to the Regattabar’s intimate stage on April 15th to celebrate the release of their latest recording, Walk Against Wind [www.lindamayhanoh.com]. 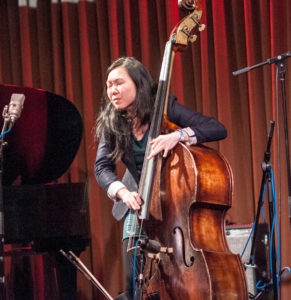 The band’s performance featured many of Oh’s original compositions from Walk Against Wind (her first recording as a band leader) and several of these pieces were commenced with Oh taking an extended solo on her acoustic bass. Her bass playing has this special quality of a wide-open, adventurous feel, where anything is possible. She combines long trailing runs (effortlessly spun up and down her flexible register) with angular, jostling isolated notes. She can stop on a dime; pluck big and resonant and then fall silent for a few seconds, mixing up her tempos with impeccable touch and a natural feel for the groove. 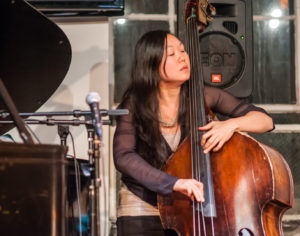 Her style fully complements the overall feel of her creative compositions: the slow bluesy feel of “Lucid Lullaby” (with her bass plush and swelling with resonant plucks and evolving colors) or the buoyancy of her Brazilian tinged “Fire Dancer” (where she combines dancing light notes and plucks to sashay with Royston’s delicate cymbal and wood rim hits). 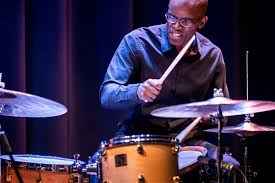 The musical synergy  that was exchanged between Oh and her simpatico band mates at this concert was a delight. Royston, a propulsive engine of delectable lightness and  passion on his drum kit, always kept his eyes on Oh. He accented her every spontaneous string dip and soar (or surprising pause) with his own interwoven percussive glory – sometimes silvery and sometimes volcanic. 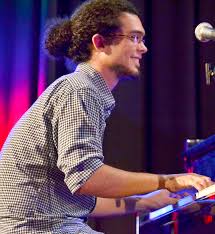 The Cuban-born Almazon, (who I have written glowing about in these pages before), also kept his eyes glued on Oh, ready to send his restless piano lines into the fray. On “Walk Against The Wind,” Almazon grabbed the heartbeat of the song and took off on a breathless piano solo. His exploration melded funk, blues and Afro-Cuban influences into a swirling crisp dance that was as unpredictable as it was radiant. 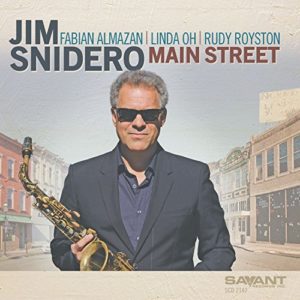 Take note that Oh, Almazan and Royston can be heard in all their triple threat glory on a recent recording that they made with alto saxophonist Jim Snidero entitled  Main Street [Savant Records]. This recording delivers great presence and up-front vitality to all instrumental timbres and textures. One highlight- “The Streets of Laredo” – delivers a full dose of what Oh, Almazan and Royston can do both individually (on each of their searing and elastic solos) and in collective presence with Snidero’s reedy, sharp explorations.Towards the end of the performance at the Regattabar, Oh took up her electric bass and she and her band hurled out some full throttle funk on Oh’s original “Perpluzzle”. The highlights here were Stevens on his searing guitar solo, (sending out some heady angular and off-kilter note bends and power chords) and saxophonist Ward pile driving the funk with his soaring sax holds. Oh smiled from behind her electric bass, content to pressurize the proceedings with the raw vitality of her playful bass lines. 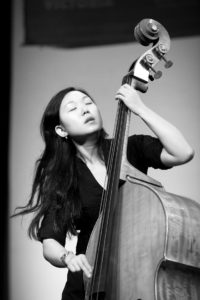