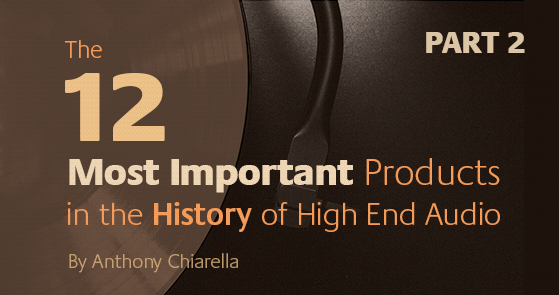 I hope all of our Nordost readers enjoyed Part One of this blog and, strange as it might sound, I hope that NOBODY agreed with all of my choices! In Part One, I explained my reasoning for choosing “The Most Important Products” but I need to say again: my choices are not carved in stone; rather, they’re my opinion, based upon my knowledge of the components that preceded, as well as those that followed, my selections. It is my fondest wish that readers of this blog will sit down over dinner, drinks and some serious listening sessions and not only debate my choices but refute them.

High End Audio has a rich and fascinating history distinguished not only by the products themselves but by the personalities of their designers, critics, and the dealers that sold them. The process of discussing and debating my choices is actually more critical to the future of High End than my process of selecting them is. Enjoy!  – Anthony Chiarella 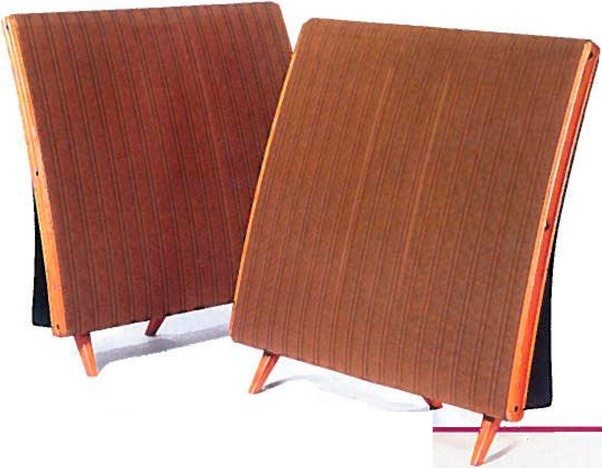 “From a theoretical point of view, an electrostatic is an ideal way to make a loudspeaker – it matches the air perfectly and it’s all predictable, as ordinary loudspeakers are rather variable. It has some problems which are rather difficult, mainly due to the stretching of the diaphragm. It mustn’t shrink and that sort of thing. Very high voltages, 10,000v, make it difficult, but it’s an ideal – I think most loudspeaker manufacturers have looked at it and said ‘What a lovely way to make a speaker, but it’s not very practical’. And a lot of manufacturers have tried it, too, and most of them have said ‘This is not profitable. Get back to putting loudspeakers in boxes and start selling ’em lad!'” – Peter Walker, Quad Founder, Hi-Fi News

Introduced in 1957, the world’s first production, full-range electrostatic offered a higher performance alternative to every dynamic, box-type loudspeaker of that time. In pioneering an exotic, purist technology in the quest for ultimate reproduction of classical music, Quad didn’t simply pave the way for subsequent electrostatic and planar loudspeaker manufacturers, it became, arguably, the first true High End Audio company. 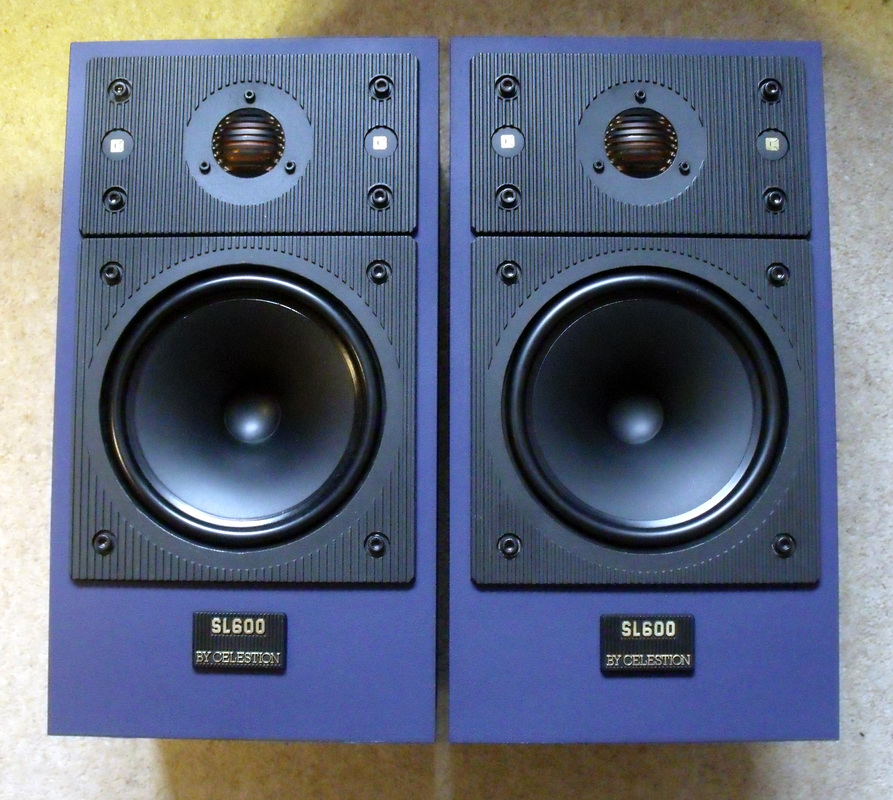 More than any other loudspeaker, the SL-600 was the ultimate expression of the design concepts first proposed by the BBC LS3/5A; namely, a point-source whose compact enclosure and closely-positioned drivers eliminated most of the problems endemic to larger loudspeakers. Certainly, the SL-600 wasn’t the best “mini-monitor” ever made. Wilson’s WATT and Celestion’s own SL-700 quickly surpassed it—but, in its use of avant-garde technologies, including the first dome tweeter designed with the assistance of laser interferometry and an inert cabinet built from an exotic, honeycomb-aluminum laminate called “Aerolam,” the SL-600 gave the compact speaker credibility, not only for use in “Bang-for-the-buck” systems, but for inclusion in the finest and most expensive rigs, as well. 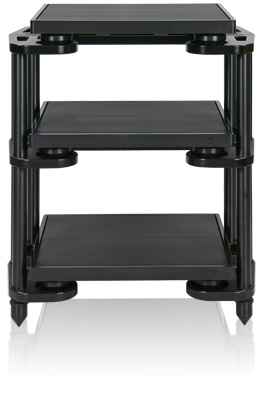 Anyone who believes that equipment racks are merely accessories, and not true audio components, has never heard an HRS product. Designed by Mike Latvis and built in Buffalo, NY, HRS products elevate (pun intended) EVERY aspect of system performance— and Mike can scientifically prove it! Over the past four decades, there have been all sorts of attempts, from Target to Torlyte to CWD to Stillpoints, to use audio furniture to improve system performance, but HRS demonstrates that every one of them was inadequate. Actually, I could have chosen any HRS Rack System but the SXR seems to provide the best performance-per-dollar, and also leaves enough cash in the budget for HRS’s matching Isolation Bases, which are required to complete the system. 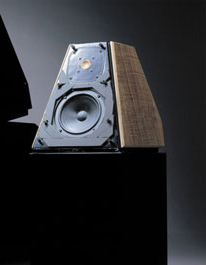 At a time when state-of-the-art loudspeakers (Inifinity IRS and RS-1B, Magnepan Tympani, Wilson’s own WAMM) tended to be enormous, dauntingly expensive monstrosities, audiophiles started plunking Dave Wilson’s recording monitor atop Entec Subwoofers (in the days before Wilson’s “Puppy” woofer was available).  This created a system whose resolution, transparency and spatial description rivaled those behemoths at a fraction of the price and, more importantly, did so with a footprint of slightly more than one square foot per channel. By enabling apartment dwellers and other décor/budget-sensitive music lovers to mount the summit of high end performance at a time when that luxury had been reserved for those with no budget or space constraints, the WATT was a truly seminal product, as has been proven by Wilson’s meteoric success ever since that speaker’s introduction. 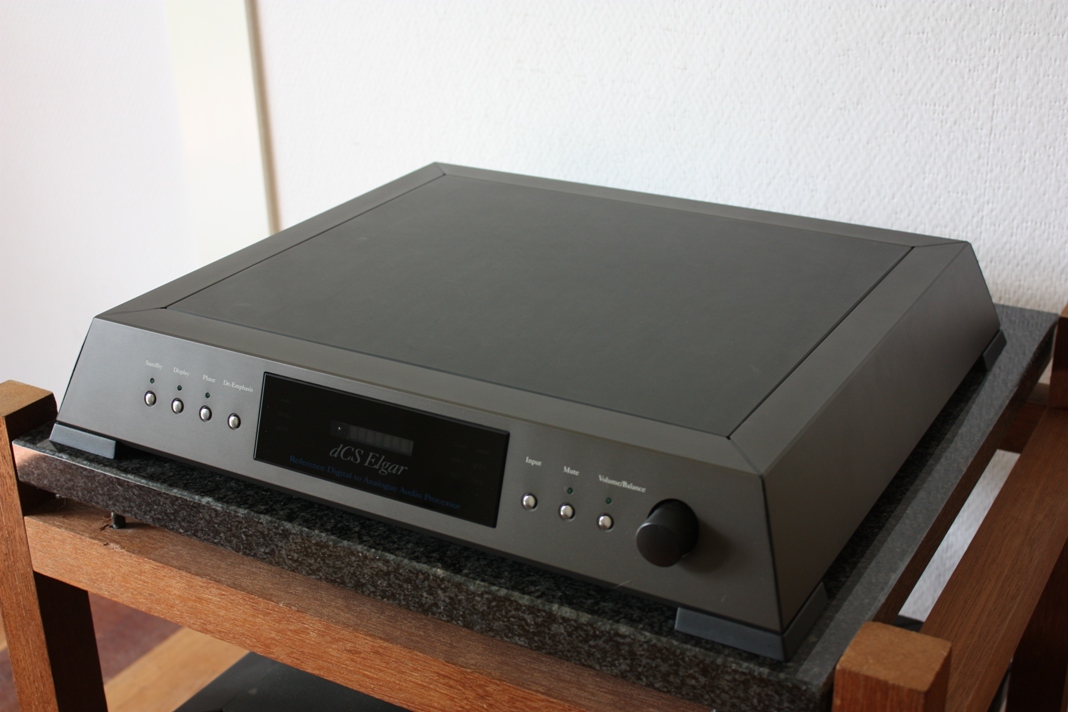 With the help of fine digital products by Krell, Levinson, Audio Research and other iconic manufacturers, the CD had, by the early ‘90s, become the software format of choice…even among audiophiles. Still, digital was considered inferior by the high end cognoscenti when dCS’s first consumer product bowed in 1997. Designed by a company credited, not only with the world’s best studio processors, but also with the developing threat-avoidance technologies for fighter jets, the Elgar was perhaps the most thoroughly engineered digital product in history.  This statement was supported by the fact that it stayed in production, and defined the state-of-the-art, for nearly a decade— no mean feat for a computer! By elevating digital reproduction to a position of parity with world-class analog, dCS’s Elgar deserves its place on this list 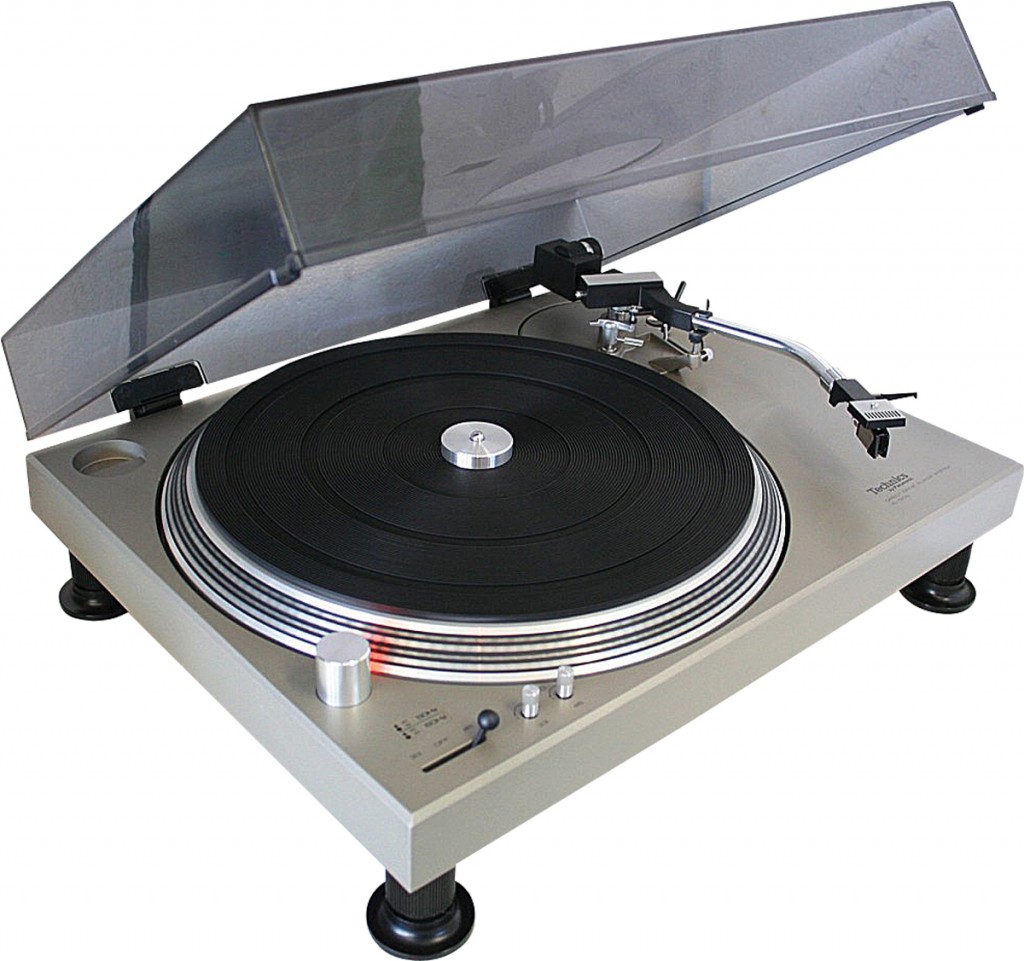 Of my twelve selections, this is bound to be the most controversial. The SL-1200 wasn’t the first commercially available direct drive turntable.  Its big brother, the SP-10, earned that distinction in 1970.  Nor was its sound quality universally applauded by audiophiles, a fact which Technics both acknowledged and addressed when it introduced a modernized version in 2016. It was, however, among the most beloved audio products ever made (the most robust, too!), as well as one of the longest-lived, with a production run that stretched from 1972 to 2010. Muse to the Hip Hop movement, the SL-1200 also inspired the current crop of state-of-the-art direct drive turntables by Continuum, VPI, Brinkmann and others.

4 thoughts on “Making Your Marque: The 12 Most Important Products in the History of High End Audio (PART 2)”