Join Nordost at the Festival Of Sound Show, September 28-30th at the Novotel in Hammersmith, London. Nordost will be supporting our wonderful new distributor, Renaissance, in room D11 Medoc. Throughout the weekend, attendees of the Festival Of Sound Show will have the opportunity to see and hear Nordost’s truly unique cable comparisons and product demonstrations, presented live by Nordost sales representatives on a world-class system, featuring Moon Electronics, a VPI turntable, Dynaudio Loudspeakers, and of course, a full loom of Nordost cables and QRT power products. We hope to see you there!

This year at the Rocky Mountain Audio Fest, Nordost is excited to bring you a live music experience that you won’t want to miss! For two shows only, Nordost is sponsoring the debut of a new ensemble, featuring music from Elan Mehler’s Newvelle release, “Piano Noir”, and presenting some never-before heard works from Dave Douglas. Enjoy as the band dances between intersections of style and genre, making for a unique mix of jazz and folk music, poetry and improvisation, prose and composition.

The concert will be held across the street from the show at the Hilton Garden Inn.  Head over for either the 2pm or 6:30pm show on October 6 for this special musical performance!

Here’s a little information about the incredible artists that make up the new ensemble: 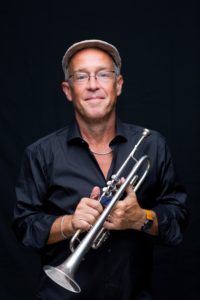 Dave Douglas is a prolific trumpeter, composer, educator and entrepreneur from New York City, known for the stylistic breadth of his work and for keeping a diverse set of ensembles and projects active simultaneously. While his career spans more than 50 recordings as a leader, his active projects include his quintet, Sound Prints, Riverside, Present Joys, and High Risk. His unique contributions to improvised music have garnered distinguished recognition, including a Doris Duke Artist Award and two GRAMMY® nominations.

As a composer, Douglas has received commissions from a variety of organizations including the Trisha Brown Dance Company, Essen Philharmonie, The Library of Congress, Stanford University, and Monash Art Ensemble. He is currently on faculty at the Mannes School of Music and is a Guest Coach for the Juilliard Jazz Composer’s Ensemble. Douglas is also a co-founder and president of the Festival of New Trumpet Music and Artistic Director of the Bergamo Jazz Festival. In 2005, Douglas founded Greenleaf Music, an umbrella company for his recordings, sheet music, podcast, as well as the music of other artists in the modern jazz idiom. 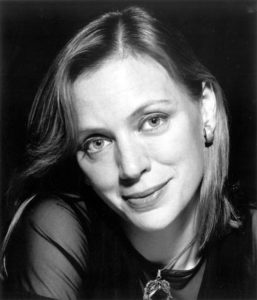 Dominique Eade is a vocalist, improviser, and composer whose wide-ranging work with artists from Anthony Braxton and Ran Blake to Stanley Cowell and Dave Holland over the past three decades has earned critical recognition from Down Beat, The New York Times, Jazz Times, Entertainment Weekly, The Atlantic Monthly and many other publications here and abroad. She has recorded seven CDs under her own name, including two for RCA Victor. A frequent nominee and two-time winner of the Boston Music Awards, she was nominated for best new artist by the First Annual Jazz Awards (New York) in 1998 and was voted one of the top ten for Best Jazz Singer and was in the ‘Rising Star’ category in multiple Downbeat critic’s polls. Eade’s most recent recording, “Town and Country (Sunnyside)”, was named one of the top ten recordings of 2017 by critics in the Jazz Journalists Association, The Boston Globe, NPR Jazz Critic’s Poll, and many others. Her performance with Ran Blake at the Park Avenue Armory was named one of the ten best performances of 2017 by the New York Times. In 2007, she received the Outstanding Alumni Award from NEC where she has been on the faculty since 1984. Her students include Grammy winners Luciana Souza and Sara Jarosz, Roberta Gambarini, Rachel Price (Lake Street Dive), Sara Serpa, Michael Mayo, Jo Lawry (Sting), Akenya Seymour (Chance the Rapper, Noname), Sofia Rei, Aoife O’Donovan (I’m With Her, YoYo Ma), Richard Saunders (Third Story), and many others. 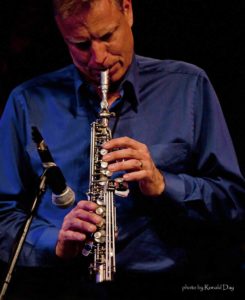 John Gunther is a composer and multi-instrumentalist who plays the Saxophone, Clarinet, and Flute. With a restless musical spirit, he enjoys exploring all forms of jazz, from traditional to avant-garde, as well as classical music, world music, and experimental electronic music. He has performed or recorded with many notable jazz artists including Dave Douglas, Ron Miles, Christian McBride, Bobby Watson, Wallace Roney, Larry Goldings, Tom Harrel, Dewey Redman, Joe Williams, The Woody Herman Orchestra, the Vanguard Jazz Orchestra, and The Maria Schneider Orchestra.

As part of New York city’s “downtown” music scene for many years, he produced five recordings for Creative Improvised Music Projects (CIMP) and is co-founder of the contemporary jazz ensembles, “Spooky Actions” and “Convergence.” John is an Associate Professor in Jazz Studies at the University of Colorado at Boulder, where he directs the Thompson Jazz Studies Program. He received his Ph.D. from New York University, where his research examined incorporating techniques of serial music with improvisation.  In 2007, he received an “Innovative Seed Grant” to create the Boulder Laptop Orchestra and to further explore the intersection of music, performance, art, and technology.   His work with BLOrk has led to further collaboration with the STEM program at CU, exploring informal science education through the arts.  His most recent recording, “Safari Trio” with Brad Shepik and John Hadfield, can be found on the Dazzle Jazz Record Label. 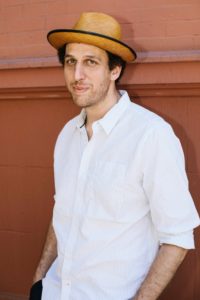 Elan Mehler was born in Boston, studied jazz and classical music at New York University, and resided in NYC, playing music with various ensembles for ten years, before moving to Paris in 2010. Elan has released 6 albums as a leader on Gilles Peterson’s Brownswood label and Challenge Records, including his solo piano debut, “Early Sunday Morning”, in 2014. Elan has toured his bands in major festivals and venues worldwide, receiving generous accolades from The Guardian, Downbeat, Jazzwise, Jazztimes, and many other publications.

Elan’s newest record, featuring Bill Frisell on guitar, “TJ and the Revenge”, is due out in September on Little Lost Records. 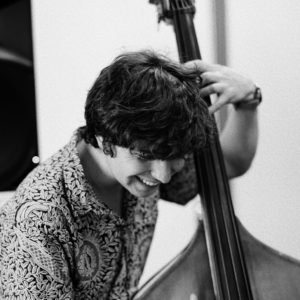 Simón Willson is a Chilean born, Brooklyn based bassist and composer. After graduating from high school, Willson decided to pursue his musical studies in the United States. He graduated from the prestigious New England Conservatory in Boston. As an eclectic and in demand sideman, he has toured with a host of different artists in Europe, the US, and South America. He has worked with a number of relevant jazz figures, such as Ethan Iverson, Michael Blake, Ben Monder, Steve Cardenas, Jim Black, Jason Palmer, George Garzone, and Frank Carlberg, among many others. In addition to his sideman work, he co-leads the bands Great on Paper and Earprint. The latter won the “Best Debut Album” category of the NPR Music Jazz Critics Poll in 2016. 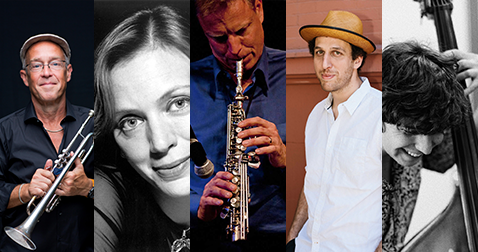 We are pleased to share that our Heimdall 2 Heaphone Cable was recently named a HiFi Choice Recommended Product!  Neville Roberts gave the Heimdall 2 Headphone Cable a five-star rating, raving about its ability to raise levels of clarity and realism in music. Auditioning this cable with a pair of Sennheiser HD 800 S Headphones, Neville described the improvements for his Hifi Choice readers:

“I can hear more instruments playing and the sheer reality of the performance is spectacular; the imaging is noticeably improved and each individual player is more clearly identified. What is particularly interesting is that when I revert back to the Sennheiser cable, the sound from each instrument seems to be more blurred and overlaps into the sound from adjacent instruments.”

Nordost is always thrilled to receive and share glowing reviews from journalists and experts in the industry. However, when we get testimonials from our devoted and satisfied customers, it means that much more!

Thank you to John from Washington for sharing a little about his transformative experience with Nordost!

“I must say I was never a ‘high end’ cable believer. I set up my new system (all tube) first with cheap cables, then replaced them with the Nordost cables (power, all interconnects, speaker) and WOW, what a difference. I wouldn’t have believed it if I hadn’t heard it for myself. Truly amazing. Even my wife was shocked at the difference. Keep up the great work!”

John is a happy customer of Music Direct.  His system is wired with Blue Heaven cables.

Here are some of the songs that we will have on rotation this September.

Nordost has several exciting announcements for the upcoming Rocky Mountain Audio Festival! This year, RMAF will be held October 4-7 at the Denver Marriott Tech Center in Colorado. Nordost will be using the Humboldt Peak Room, as always, to showcase a stellar system, featuring components from CH Precision, DCS, and VPI, as well as YG Acoustic loudspeakers. The whole system will be wired using Nordost’s Supreme Reference range of Odin 2 cables, making it a world class set-up. Throughout the show, Nordost product trainer and sales manager, Mike Marko, will be holding live product demonstrations and cable comparisons, which will highlight our USB cables and QKORE Grounding Units. Nordost will also be hosting Roy Gregory, editor of The Audio Beat, for some turntable-centric seminars (Fri: 3 pm, Sat: noon, Sat: 3 pm, and Sun: noon). In his seminars, Roy will be touching on the importance of tonearm wiring (both internal and external), the use of mono cartridges to play mono discs, and the value of correct replay EQ, as well as looking at cartridge alignment and analog set up. You do not want to miss this invaluable workshop! 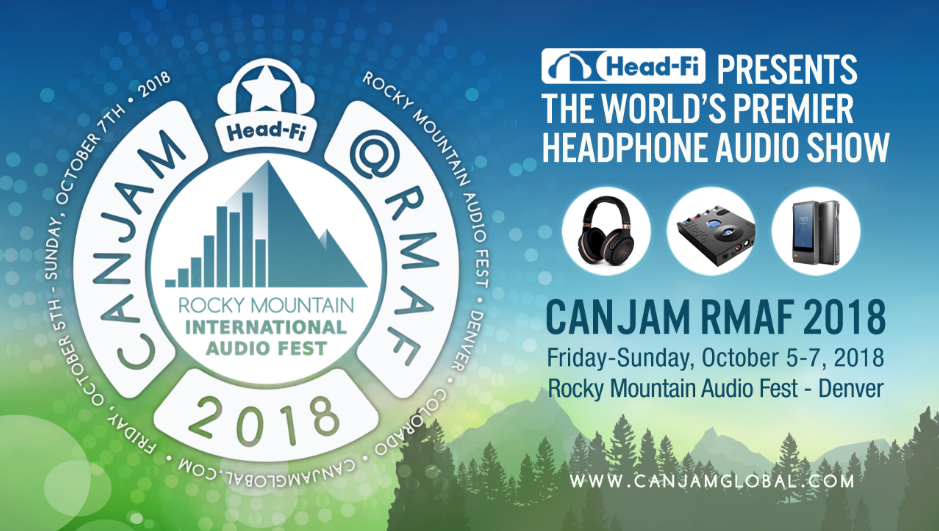 In addition to our Humboldt Peak location, Nordost will also be exhibiting at CANJAM with our friends and partners, Woo Audio, allowing show-goers the chance to experience the difference Nordost’s personal hifi cables make.  You can even demo our USB and headphone cables for yourself. Once you have heard the difference with your own ears, a select range of Nordost products will be available for purchase with exclusive show specials, both at CANJAM, as well as at our sales booth in the lobby. 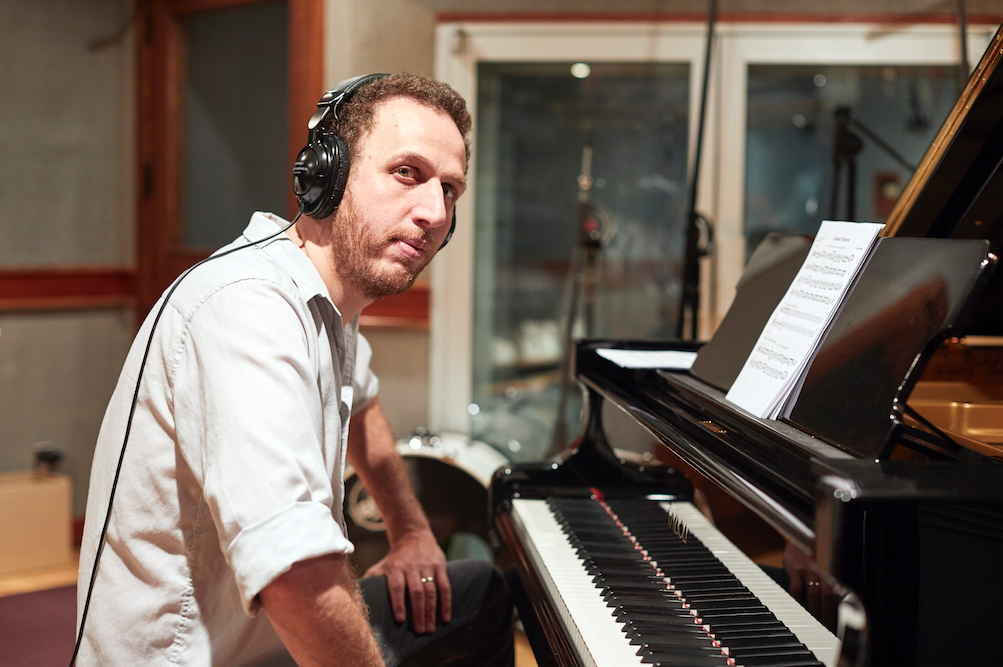 Finally, Nordost is thrilled to announce that we will be sponsoring a truly unique opportunity to enjoy jazz music at its finest. Join us for an exclusive concert, one night only at the Rocky Mountain Audio Festival. Elan Mehler, from Newvelle Records, and his debut group, will be featuring music from the newly released “Piano Noir”, as well as never-before-heard works from prolific trumpeter, Dave Douglas. Elan and his group will be performing two shows only at the Hilton Garden Inn, across from the Denver Marriott Tech Center, on Saturday October 6, at 2 pm and 6:30 pm.

We can’t wait to see you all next month in Denver, for what is sure to be a fabulous show!